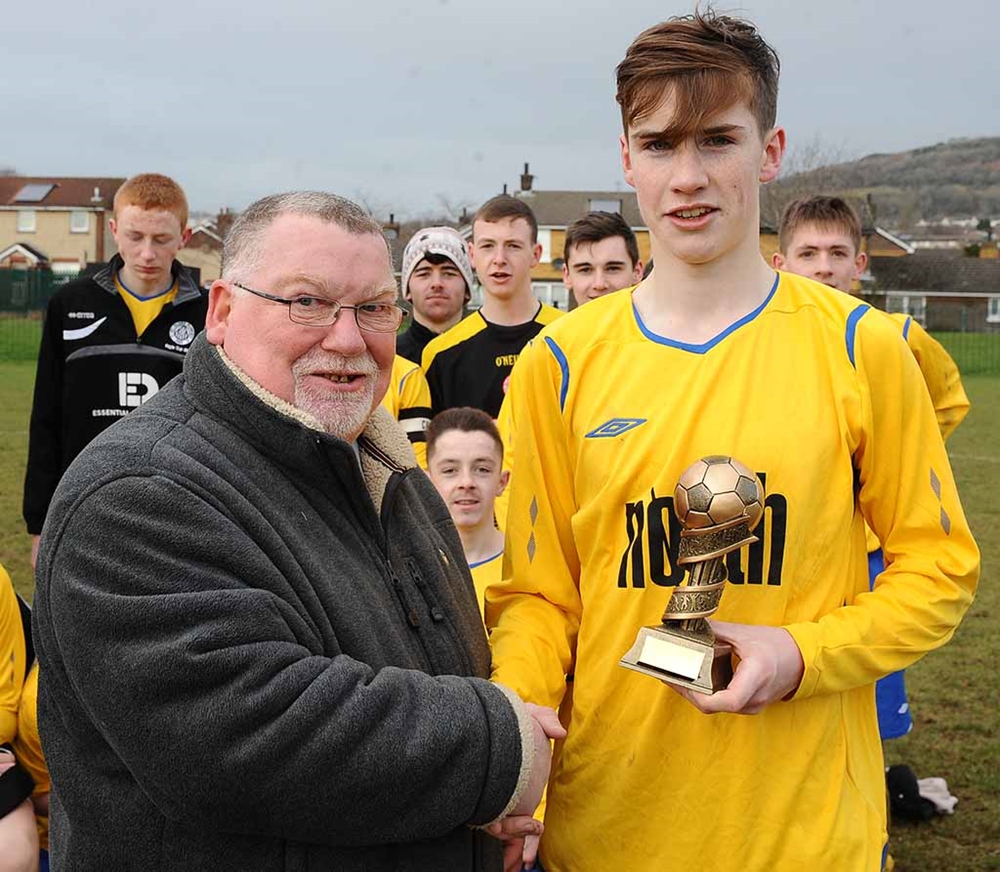 This Quarter Final of the Harry Cavan Youth Cup was played on the second attempt and it was St Oliver Plunkett who dominated the 1st half.

The game was only a few mins old when Stephen Mallon opened the score for Plunkett and from then on the heavy pitch dominated the pace of the game.

Both sides had chances but by the half time break the score stayed the same and both sides took a well earned break.

The second half was only 5 mins old when Plunkett's Sean Jackson doubled the home teams tally and it seemed to become one way traffic.

Aquinas went into overdrive and pulled a goal back on the 68th min with a one on one chance from Thomas Maguire and he made no mistake by taking it round the keeper and slotting it home.

The visitors went for the draw and had a number of chances but Plunkett held out for the win and a place in the Semi Final Draw.

Other results from the Quarter Finals

Date to be confirmed Quarter-finals 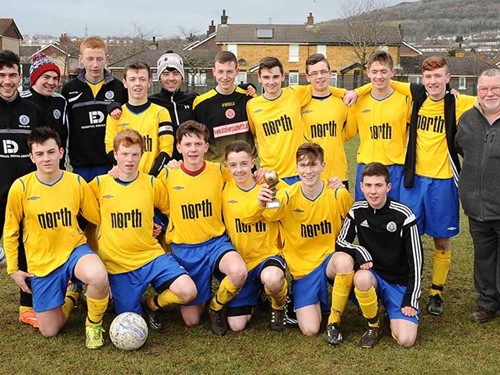 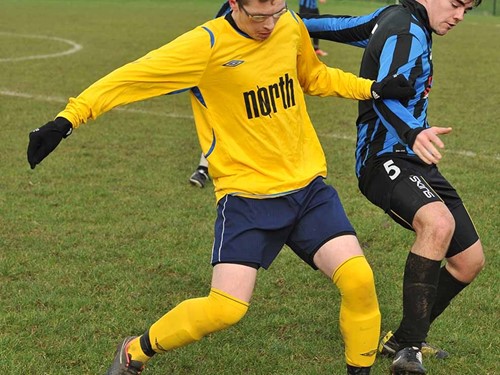 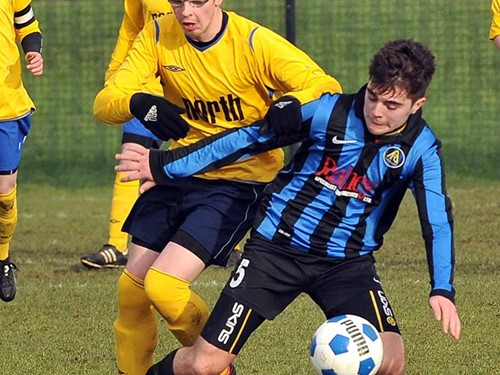 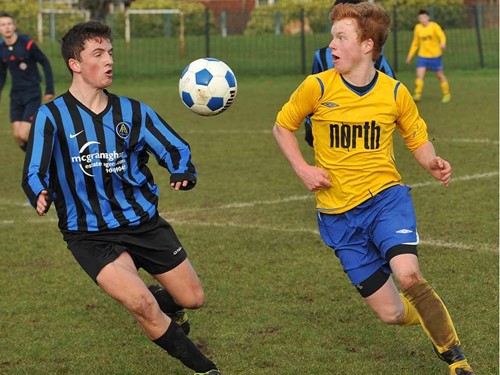 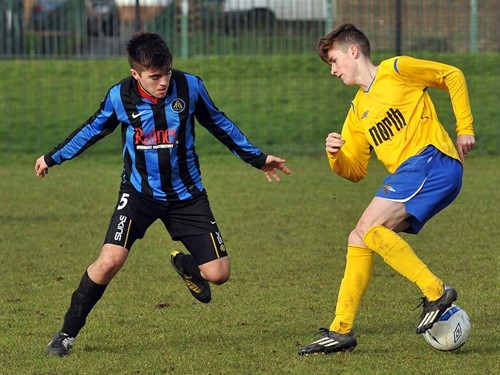