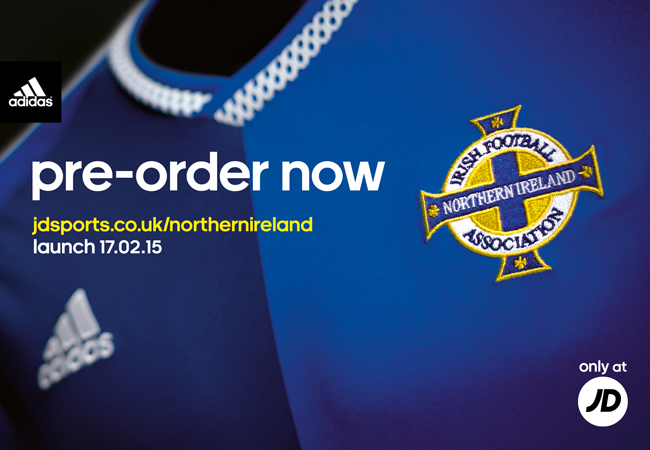 The Irish FA in conjunction with JD & adidas, are delighted to announce that the kit will be revealed via JD Football & Irish FA media channels at an exclusive, invitation only launch event on Monday 16 February at JD Victoria Square, Belfast.

JD and the Irish FA are offering the first 30 fans to pre-order the chance to attend this fantastic event and receive the new kit in a bespoke presentation box.  You will also have the opportunity to pose questions to Northern Ireland manager Michael O’Neill and Under-19 manager and former international Stephen Craigan.

The newly released teaser image shows a two tone blue kit, taken from the heritage Northern Ireland have with a blue base in their away kits.  The classic half-half design is a fresh take on this colour in keeping with traditional designs alongside a modern spin through white mesh detail on the collar, sleeves and hem.

The kit will be available to buy exclusively in local JD stores in Northern Ireland and online at jdsports.co.uk/northernireland ahead of its pitch debut against Scotland at Hampden Park on 25 March.