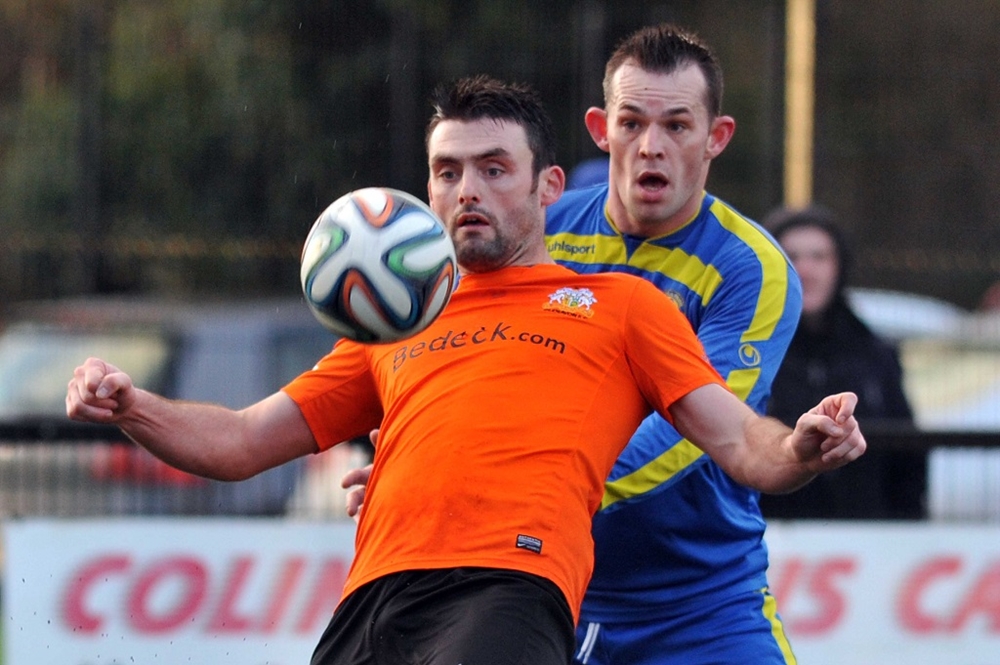 Moyola stunned their senior visitors by racing into a two-goal lead after half-an-hour.

Darren Walls opened the scoring after 12 minutes with a shot under 'keeper Alan Blayney before Chris Dowie doubled their lead from the edge of the box.

Kevin Braniff pulled a goal back for Glenavon early in the second half after reacting quickest to a blocked Mark Sykes effort.

And Braniff brought the visitors level just after the hour when his header from a Gary Hamilton header went in via a deflection.

But just as Moyola thought they had done enough to take the game into extra-time up popped Eoin Bradley a minute from time to nod in the winner from Kyle Neill's corner.

There was a near miss, too, for the other half of mid-Ulster, Portadown, as they were forced to play an extra half-an-hour against another Championship side, PSNI.

Gary Twigg had headed the Ports into the lead as early as the seventh minute before Kyle Agnew levelled for the PSNI on 24 minutes with a finish beyond David Miskelly from just inside the box.

That was how it stayed until five minutes into the second period of extra-time when Chris Casement delivered a free-kick into the top right corner of the net.

The only other game to require extra-time was the all-Premiership clash between Dungannon Swifts and Ballinamallard United at Stangmore Park.

The Swifts had taken early command of the game with goals from Matt Hazley and Jamie Glackin inside the opening 20 minutes but, through Johnny Courtney and David Kee, the Mallards had hauled them back.

There was another all top flight encounter at as Coleraine welcomed Warrenpoint Town to The Showgrounds with Barry Gray's visitors running out 3-1 victors thanks to goals from Daniel Hughes and Stephen Hughes (2) - they could even afford the luxury of two missed penalties!

Linfield and Glentoran both recorded two-goal victories over Tobermore United and Ards respectively but the winning margins for the rest of the Premiership were much more comprehensive.

Cliftonville and Crusaders hit six without reply past Ards Rangers and Newington YC, Institute swept to a 5-1 victory over Loughgall while Ballymena United knocked four past Crumlin Star.

Championship 1 leaders Bangor also helped themselves to four goals at home to Brantwood while there were victories for Ballyclare Comrades (3-1 v. Annagh United) and Armagh City (3-0 v. Newtowne).

East Belfast Championship 1 rivals HW Welders and Dundela experienced contrasting fortunes. The Welders produced a workmanlike performance to defeat Amateur League opponents Derriaghy CC but the Duns fell to the odd goal in five away to Portstewart in a game that saw both sides end the game with nine men.

Finally, the entire footballing community extends it's best wishes to Larne's Scott Irvine who suffered serious injury after colliding with the perimeter wall at Inver Park during the East Antrim derby with Carrick Rangers.

The game, scoreless at the time, was subsequently abandoned and will be rescheduled for a later date. 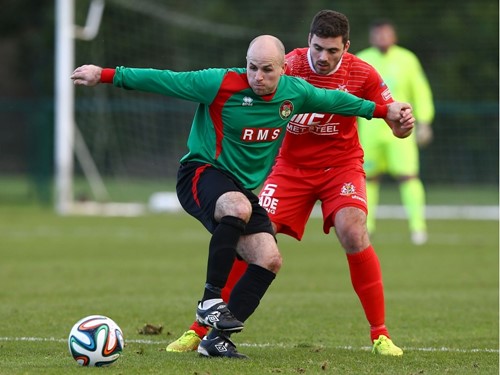 Kyle Agnew and Chris Ramsey in action at Newforge 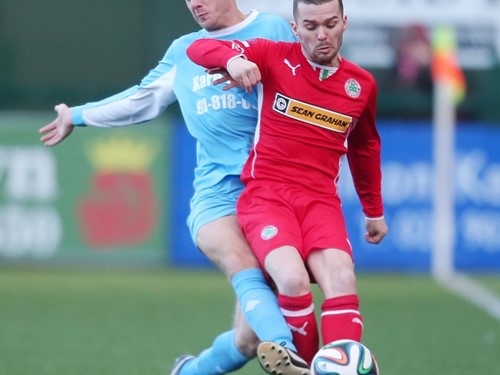 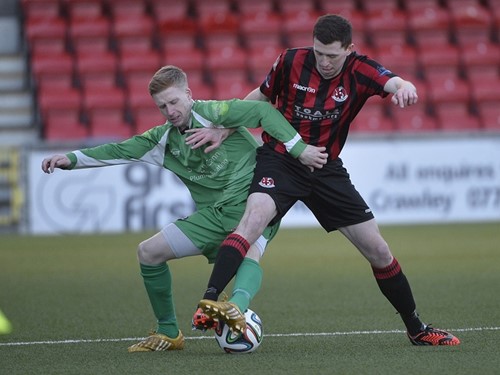 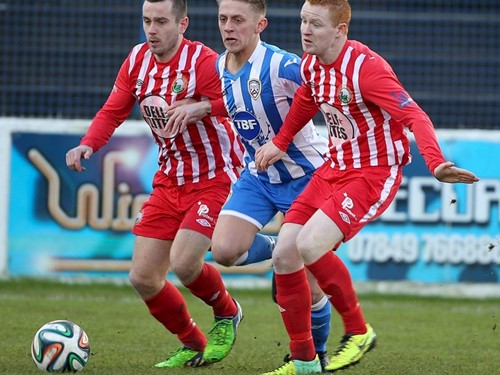