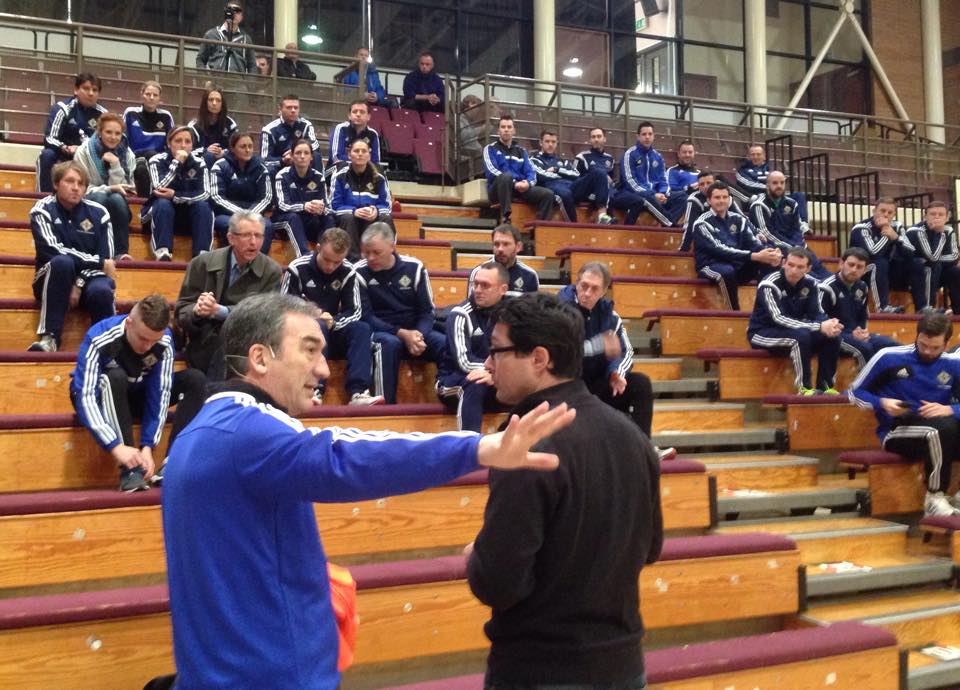 Current Objectives
The Irish FA is providing Futsal coach education to all its coaching and development staff to ensure that employees have a firm understanding of the game and how to implement programmes in 2015.  Futsal has been introduced to Small Sided Games participants during the winter period and there are plans to support senior participants that wish to establish Futsal clubs.

The Irish FA have demonstrated its commitment to the game by inviting World Cup winner, Javier Lozano to the Football Development Conference in December.  The Irish FA were delighted to welcome Javier and believe his Futsal knowledge and expertise will be invaluable as the Association looks to move forward with the development of Futsal in 2015.

Plans for 2015
The Irish FA plans to spread the experience of Futsal across Northern Ireland and have set a target for 100 external coaches to participate in coach education training by the end of 2015.  There are also plans for a minimum of four venues in Northern Ireland to receive Futsal goals and markings by the end of 2015 which will in turn service future projects.

The Irish FA would be keen to expose recreational 5-a-side participants to the game across Northern Ireland and will target indoor facility providers to host ‘Futsal Fever’ events in April 2015 to coincide with the week of the Futsal Championship League finals.  The Irish FA would also like to encourage the creation of senior futsal clubs across the country and, if suitable, coordinate festival competitions to celebrate this growth in participation. 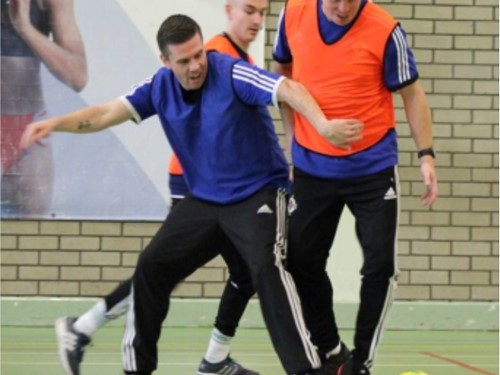