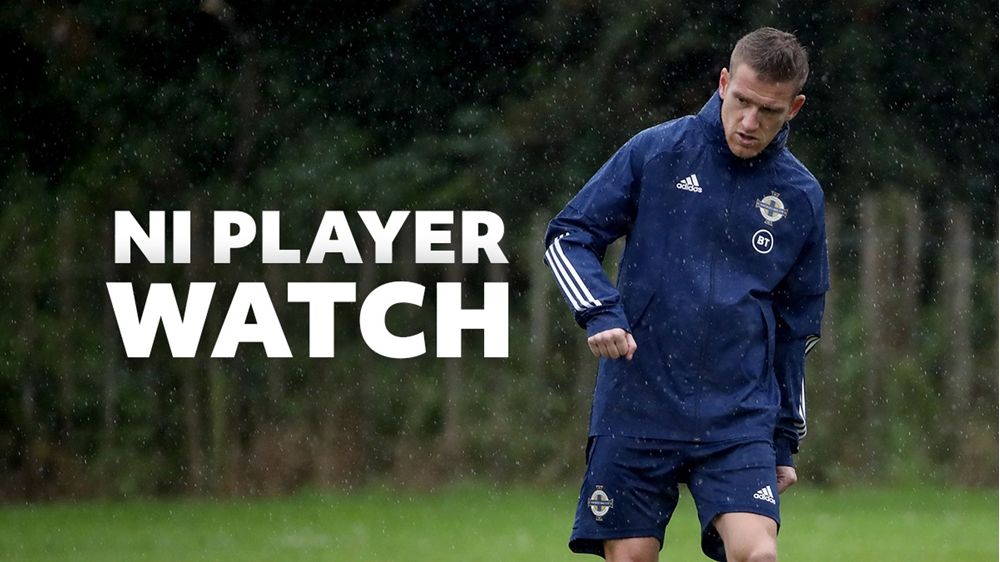 Davis was unable to celebrate the milestone with a win as Steven Gerrard’s side were held to a 1-1 draw at Motherwell.

The runaway leaders, who are still 21 points ahead of nearest challengers Celtic at the top of the table, had to come from behind at Fir Park to clinch a point with Davis again the stand-out player in the heart of the Rangers midfield.

Prior to Sunday’s draw Gerrard had heaped praise on Davis reaching 300 games for the club: “I knew he was a top professional, a competitor and a wonderful footballer.

“But when you work with someone on a daily basis and see how they go about their routine, you see the focus, how low maintenance they are, and the sacrifices they make to be the best version of themselves.

“Steven is really at the forefront of that. So in many ways he has surprised me, but not as a footballer or in the level I know he can play at. I knew that first-hand from competing against him.”

Meanwhile in England, Gavin Whyte made his debut for Hull City after joining the Tigers on-loan from Cardiff City until the end of the season.

“He did well,” said boss Grant McCann following the 1-1 draw at home to Blackpool.  “Gavin hasn’t played for a while so we always thought, ‘can we get him to 75-80 minutes?’

“He was excellent in terms of the way he gets at people and he’s calm on the ball. He’s been involved with the goal as well. It was a great bit of play - quick feet to cross, good play from Josh (Magennis) and a great finish from Mallik.

“He’s only going to get better and better.”

Elsewhere in League One, Carl Winchester made his first appearance for Sunderland following his move from Forest Green Rovers while striker Kyle Vassell was also handed a debut after he made the switch on loan to Fleetwood Town from Rotherham United until the end of the current campaign.

In the Premier League, Jonny Evans was in the Leicester City side who are now third in the table following their win at home to Southampton while Stuart Dallas played the full ninety minutes as Leeds United suffered a third straight defeat in all competitions as Brighton recorded a 1-0 success at Elland Road.

Northern Ireland striker Simone Magill grabbed her third goal of the season as Everton Women got back to winning ways in the Super League with a 4-0 home victory over Bristol City Women in their first game in nearly a month.

Speaking to irishfa.com after the game, Simone said: “Yes, it was brilliant to get back out there after the Christmas break and to top it off with three points and a goal was a great start to 2021.

“It felt great to get back out there personally as I’d struggled pre-Christmas with injury and to be amongst the goals is always a brilliant feeling.”

There was some good news on the injury front as Craig Cathcart returned to the Watford squad after a six-week absence with a hamstring problem; however the Sunderland trio of Conor McLaughlin (hernia), Tom Flanagan (Broken Foot) and Will Grigg (knee) all look set for an extended period on the sidelines.

Finally, there were assists over the weekend for Hull City’s Josh Magennis, Stoke City’s Jordan Thompson and Ryan McLaughlin who came off the bench to set up Rochdale’s injury-time equaliser at home to Wigan Athletic.