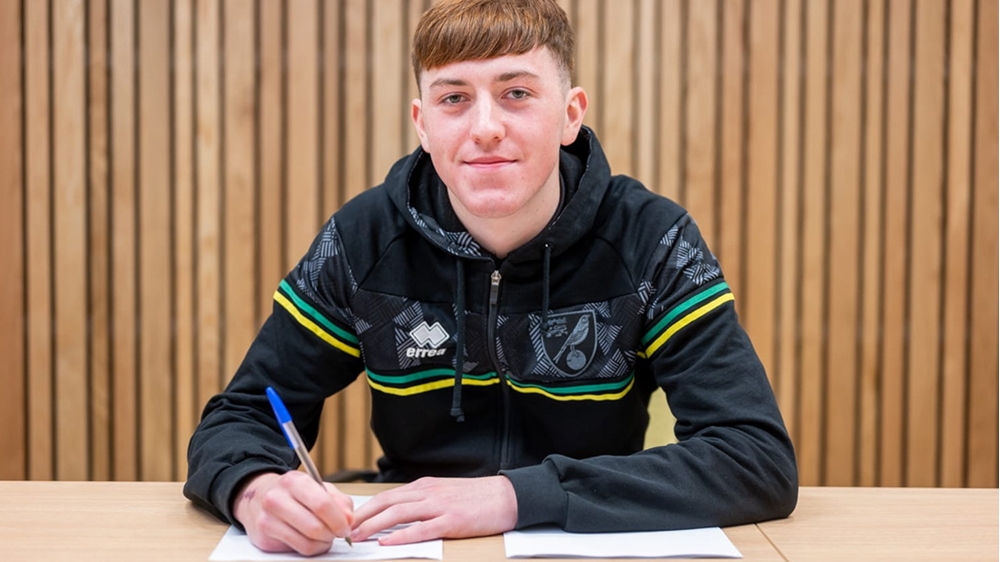 Northern Ireland U17 international defender Sean Stewart has penned his first professional deal with Norwich City which will keep him at Carrow Road until the summer of 2024.

Such is his progress at Carrow Road the talented left-back has already made two appearances for the Under-23s this season after impressive performances for the Canaries' youth team.

Speaking on the club’s official site, Stewart said. “I’m absolutely buzzing, it’s such a surreal feeling to see the hard work has paid off. The club have shown faith in me and rewarded me with such a good contract like that. I’m just happy and proud.

“The faith they’ve shown me has given me confidence that I can achieve as much as I want to in this game. I’m just going to keep pushing myself.

“I have to show it back and give them what they’ve given me,” added Stewart, who turned 18 last week. “I’m working really hard at the moment to repay that faith.”

“The main goal is to get into the first-team, but you have to take it step-by-step and keep working hard to try and achieve that.”