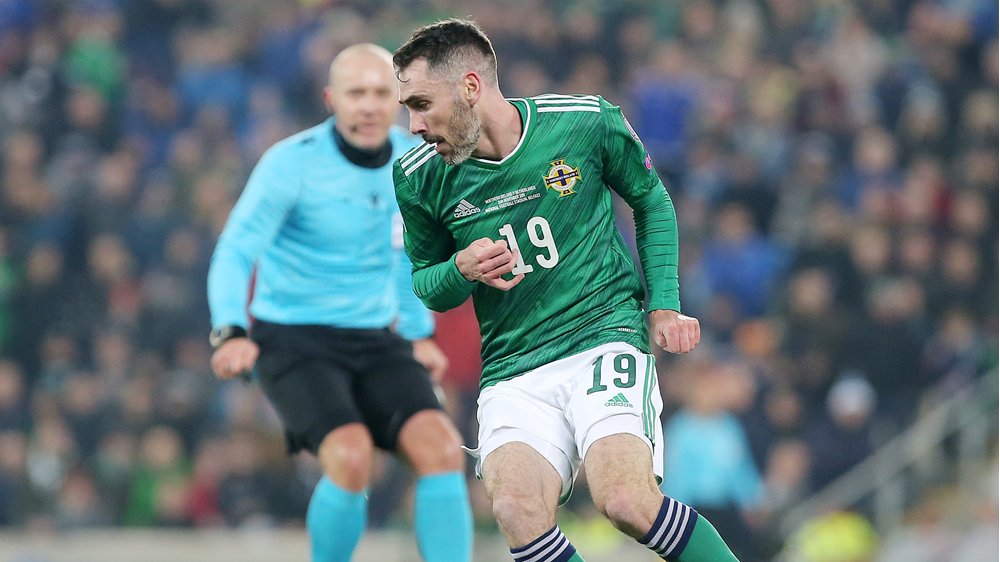 The Monkstown man has put pen to paper on a deal keeping him at Tynecastle until 2022.

Smyth, 32, counts Ballyclare Comrades, Ballymena United, Bristol Rovers and Peterborough United among his former clubs, joined the Jambos in 2017 and says he’s intent on helping the Edinburgh outfit get back to the top flight.

“I’m absolutely delighted to get the new contract signed,” he told Hearts’ official website. “It has always been important for me and my family to be somewhere we feel at home, and that’s exactly what we feel at Hearts.

“It’s been a really tough year for everyone off the pitch, and on it things haven’t been much better, but under the new manager we’ve made a great start to the season and we sit five points clear at the top of the league.

“I really want to be a part of getting this club back to where it belongs which is another reason why I’m happy to extend my stay.

“I want to thank everyone for their continued support and I can’t wait to get back playing in front of fans at Tynecastle when it is safe to do so.”

Smith, who made his international debut for Northern Ireland in 2016, has 14 caps and one goal to his name and has impressed under new boss Ian Baraclough.