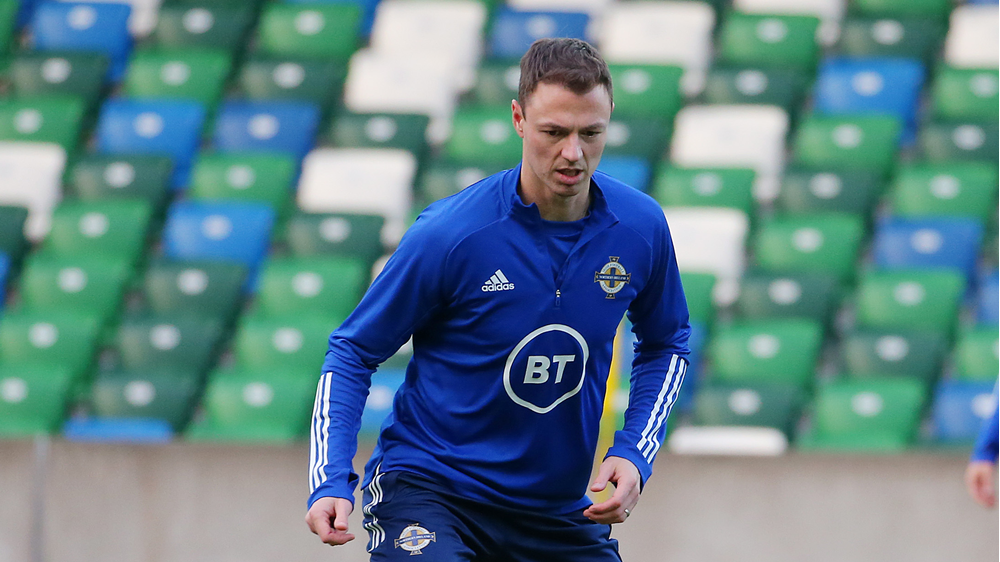 Defender Jonny Evans celebrated his 33rd birthday at the weekend by helping Leicester City into third spot in the Premier League following a 2-1 victory at Newcastle United.

Prior to the trip to the north east, the Northern Ireland international had also penned a new with the Foxes which will keep him at the King Power Stadium until the end of the 2022-23 season.

Speaking to LCFC TV, Evans said: “I’m absolutely delighted to have signed, I’m delighted to commit myself to the club, and delighted the club have committed themselves to me.

“I’ve loved it here since the first day I came in. There is a great atmosphere around the place and it’s a club with a lot of ambition.

“The players are ambitious and the signings that they’ve made over the years, they’ve signed young, hungry players and it’s been great for me to come in alongside that and be a part of it.”

Unfortunately, Jamal Lewis missed lining up against his international team-mate on Sunday because of an injury.

“Jamal picked up a knee injury in training,” said Newcastle United boss Steve Bruce, “We don’t think it’s anything too bad, but it swelled up overnight, so he wasn’t available.”

In a weekend when a huge number of matches across England and Scotland were affected by the weather and Covid related issues, Stuart Dallas did play the full 90 minutes as Leeds United slumped to a 3-0 defeat to Jose Mourinho’s Tottenham.

In the Championship, Paddy McNair provided an assist from a corner for Marcus Browne’s equaliser in Middlesbrough’s 3-1 victory at Wycombe Wanderers, however goalkeeper Michael McGovern missed Norwich City’s 1-0 home win over Barnsley after coming off in midweek with a hamstring injury against QPR.

“Michael McGovern has a major injury. A hamstring tendon.” admitted Canaries manager Daniel Farke. “We have not decided if he needs surgery or not at this stage.

“He will be out for probably 12 to 16 weeks. Probably not able to return before April. If he doesn’t miss the whole of the season from here, then a major part.  It’s a big blow for us. I am sure he will come back as quick as possible. He is a fighter.”

Meanwhile, another goalkeeper Trevor Carson was absent from Motherwell’s 3-0 defeat at Hamilton Academicals after suffering another knee injury while Conor Hazard was again an unused substitute as Celtic fell 19 points behind rivals Rangers following their 1-0 defeat at Ibrox.

One of the goalscorers in that victory for Hamilton over a managerless Motherwell on Saturday was full-back Lee Hodson whose 10th-minute strike was his first goal since scoring for Rangers in December 2016.

Finally, Northern Ireland Under 21 international defender Kofi Balmer took his tally for the season to three - after his goal for Ballymena United on Saturday ended Larne’s year-long unbeaten home record at Inver Park.