There will be several David v Goliath clashes in the first round of this season’s Irish Football Association Challenge Cup.

The draw for round one of the Samuel Gelston’s Whiskey Irish Cup was made this afternoon and there were some mouth-watering pairings.

Cup holders Linfield are set to take on Mid-Ulster Intermediate A side Oxford Sunnyside. The Lurgan-based team will face the Blues at the National Football Stadium at Windsor Park on Saturday 8 January, the day when all the first round matches will be staged. 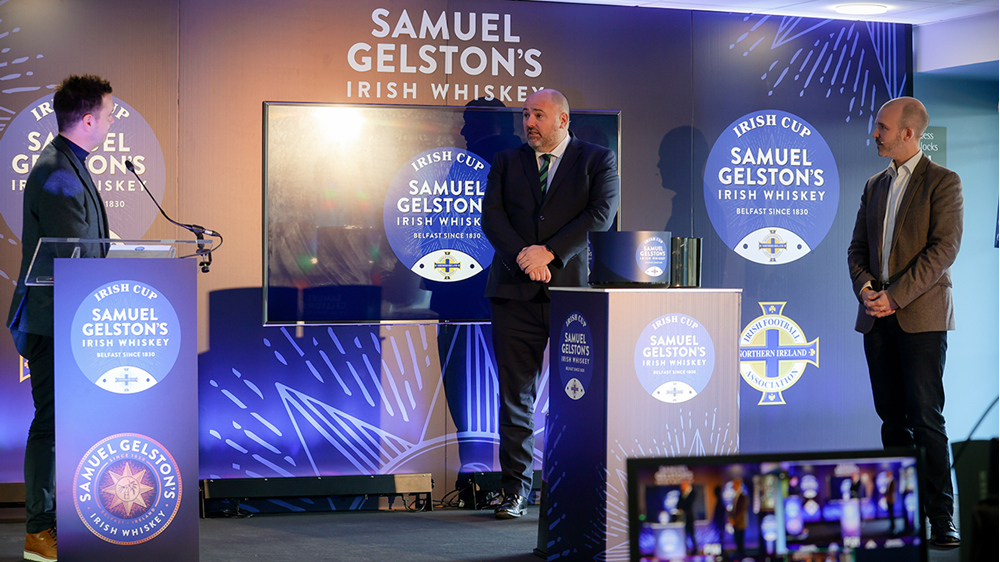 The other Mid-Ulster Intermediate A side in the draw, Armagh-based Windmill Stars, have also landed a plum tie against a NIFL Danske Bank Premiership side. They are away to Coleraine.

And Islandmagee, who ply their trade in the Premier division of the Amateur League, will be facing current NIFL Premiership leaders Cliftonville at Solitude.

Another Amateur League Premier side, Ards Rangers, are heading to Fermanagh to lock horns with Championship outfit Ballinamallard United.

Remarkably there’s only one all-Premiership clash among the last 32 matches. Glenavon and Crusaders are set to battle it out at Mourneview Park in Lurgan in early January.

The four other intermediate level teams who navigated their way through four preliminary rounds to be in today’s draw along with 24 Premiership and Championship teams - NIFL Lough 41 Premier Intermediate League sides Limavady United, Bangor, Portstewart and Newington – face some interesting encounters, too.

Bangor have been handed a tough assignment against Premiership big guns Larne, last season’s beaten finalists, and Limavady are off to Shamrock Park to tackle Premiership side Portadown. Portstewart have a short trip to Derry-Londonderry to face Institute from the Championship and Newington are up against Championship opposition as well. They are away to Queen’s University. 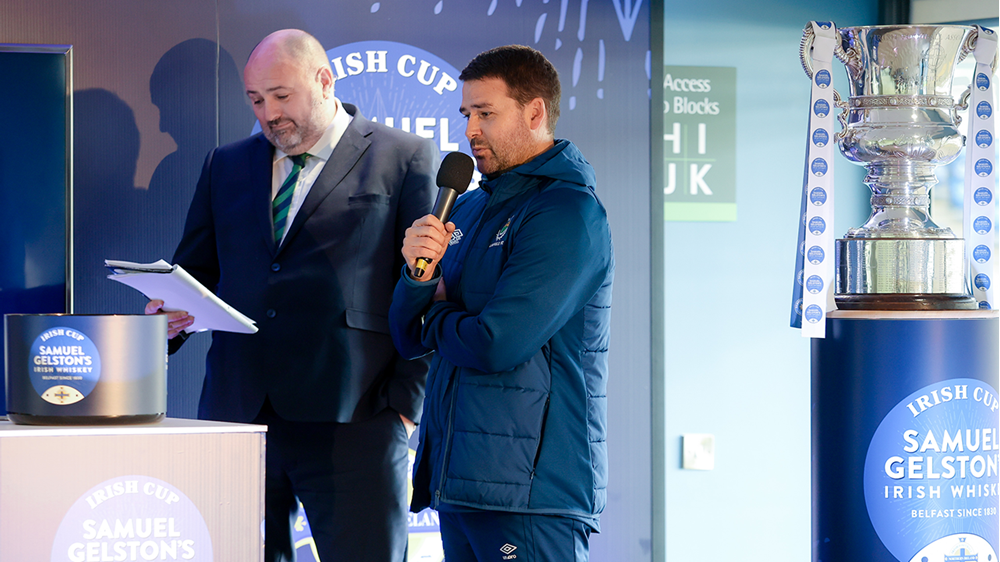 A tasty derby clash will see Premiership side Warrenpoint Town take on near neighbours Newry City, who are flying high in the NIFL Lough 41 Championship this season.

And there are a couple of all-Championship ties. Ards are at home to Dundela, while Harland and Wolff Welders will welcome Annagh United to the revamped Blanchflower Stadium in east Belfast.

The draw was made by Ross McDonald, Northern Ireland sales manager for Samuel Gelston’s Irish Whiskey and Halewood Artisanal Spirits. The Samuel Gelston’s brand is part of the Halewood stable of brands which also produces Sadler’s Peaky Blinder Lager, the brand name which had adorned the cup from 2019 until today.

The draw for round one of the Samuel Gelston’s Whiskey Irish Cup was streamed live on the Irish FA’s YouTube channel. Irish FA President Conrad Kirkwood was the overseer, while radio personality Pete Snodden acted as MC and David Healy, manager of cup holders Linfield, was the special guest.

See graphic below for the full R1 draw. 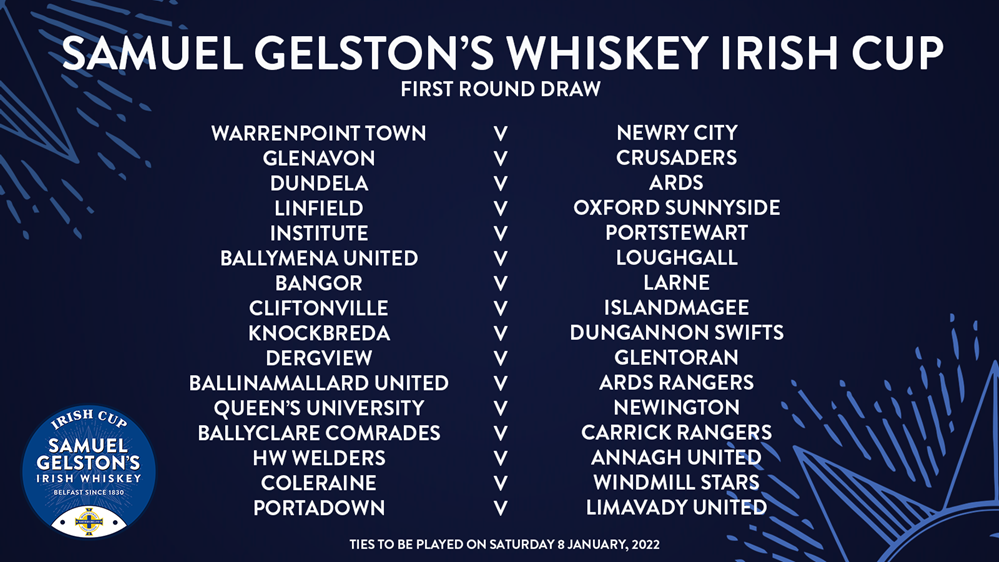