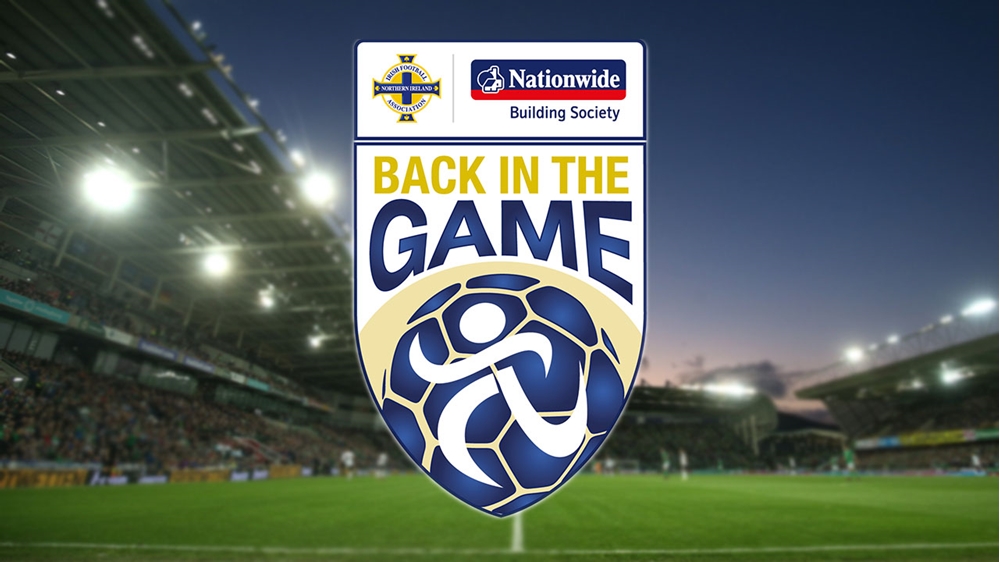 Nationwide Building Society today makes a stand for a better society as it signs a three-year partnership to support the Irish Football Association’s Back in the Game football initiative, reinforcing the importance of mutual respect in society by encouraging players of 35 years and up to get back to playing football and engaging in their community.

The UK’s biggest building society is committed to investing in and improving communities across the UK and hopes that it can use its position as a mutual organisation owned by its members and one of the UK’s largest financial services providers to enhance the Irish FA’s campaign.

It is fantastic to receive this support from Nationwide. The push to create a more mutually respectful society chimes with the Irish FA’s overarching aim of promoting, fostering and developing football for all

Nationwide, which was sparked into action following their research which shows the UK is experiencing increased levels of disrespect, with 66 per cent of people surveyed saying levels have become unacceptable and 71 per cent feeling that the problem has got worse in the last two years.

Football remains a critical indicator for how wider society feels and acts, with there being a strong link between encouraged positive behaviour on and off the pitch. And with football being by far the biggest team sport in the UK, Nationwide believes it can make a real difference through its support.

Sara Bennison, Nationwide Chief Marketing Officer, said: “Supporting the Irish FA on this campaign is truly exciting. By promoting the message of mutual respect in a meaningful and major way we hope we can play our part in encouraging a greater sense of community. We were founded on a social purpose and our commitment to supporting our members and the society we want to live in hasn’t changed.”

Stephen Bogle, the Irish FA’s Head of Sales and Marketing, said: “It is fantastic to receive this support from Nationwide. The push to create a more mutually respectful society chimes with the Irish FA’s overarching aim of promoting, fostering and developing football for all.”