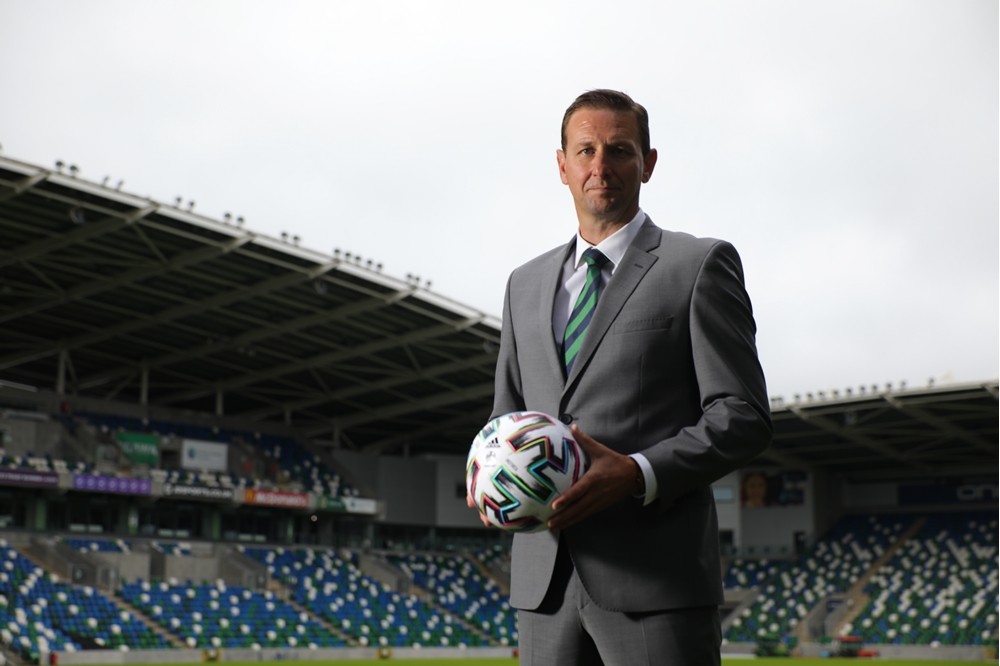 Ian Baraclough will announce his first squad as Northern Ireland senior men’s manager on Monday as he looks ahead to September’s UEFA Nations League fixtures.

The team’s last outing came against Germany in November’s UEFA Euro 2020 qualifier and now, after a long wait, the players are set to return to action away to Romania and home to Norway.

The outbreak of COVID-19 in March saw the much anticipated UEFA Euro 2020 play-off semi-final away to Bosnia and Herzegovina rescheduled - it is now set to be staged on 8 October.

In April Michael O’Neill called time on his successful tenure as boss and it was Baraclough, promoted from the Under-21s, who was appointed to succeed him in June.

In the same month UEFA signalled that the Nations League would go ahead and with the games now just under two weeks away, Northern Ireland will be hoping get off to a winning start in behind-closed-doors matches in Bucharest and Belfast.

Baraclough’s side are in League B Group 1 with Austria - a team they faced in the first edition of the competition in 2018 - completing the group.