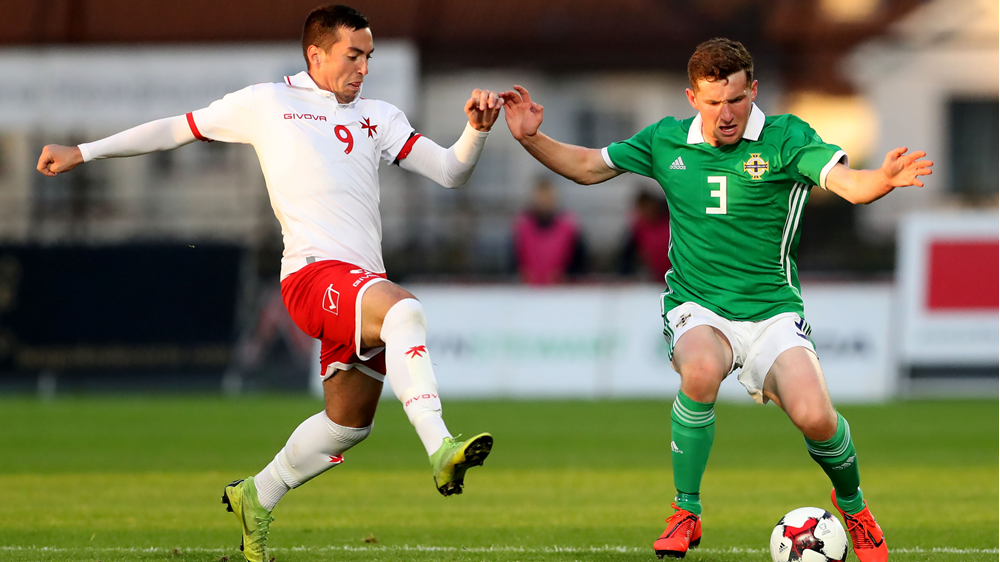 Burns, 20, joins the newly-promoted Cumbria outfit from Heart of Midlothian in Scotland.

The left-back, a key part of NI's successful U21 squad, had recently been on loan with Newcastle Jets in Australia's A-League.

The former Glenavon star will play under the watchful eye of new boss David Dunn, who starred for Blackburn Rovers in the Premier League.

Speaking exclusively to irishfa.com, Burns said: "The move came about very quickly. Last week I got a phone call to say that Barrow where interested in signing me.

"After speaking to the manager I was very impressed by the club's project and where they are aiming to go.

"The manager was keen to get me and I feel that the move gives me a great chance to play games and establish myself in England.

"Naturally I’m very excited to be going to England and joining the best football pyramid in the world.

"I can’t wait to get started and hopefully we can start the season well and get some momentum."