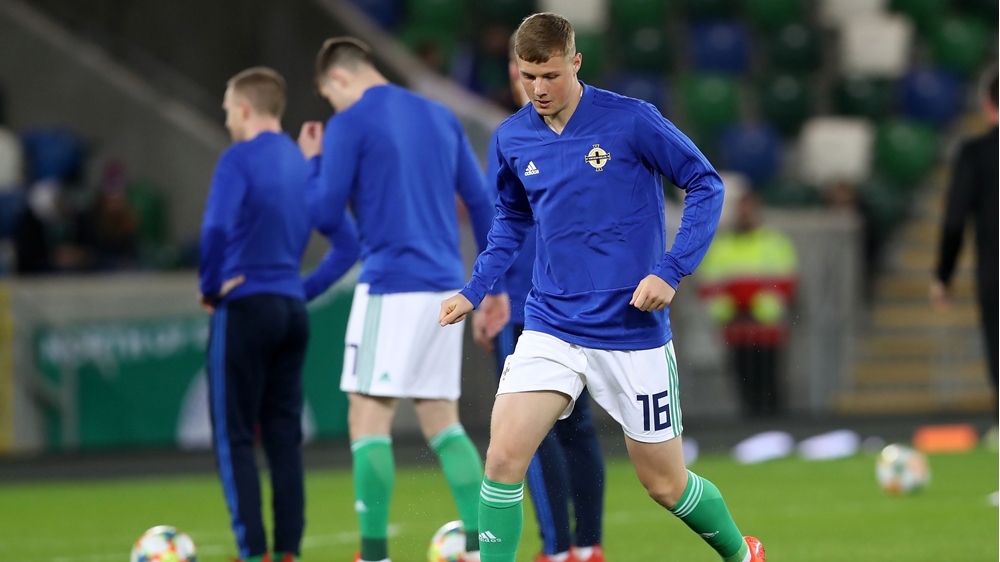 Arsenal defender Daniel Ballard has been called up to the Northern Ireland senior men’s squad for the upcoming UEFA Nations League matches against Romania and Norway.

The 20-year-old, who has played under new senior boss Ian Baraclough at Under-21 level for Northern Ireland, joins the panel in place of Sunderland’s Tom Flanagan who has withdrawn for personal reasons.

Ballard has previously been in the senior squad for last year’s UEFA Euro 2020 qualifiiers – home and away – against Estonia and Belarus.

The centre-back, who battled his way back from a knee injury sustained on loan at Swindon Town, made his senior debut for Arsenal this week in a friendly against MK Dons.