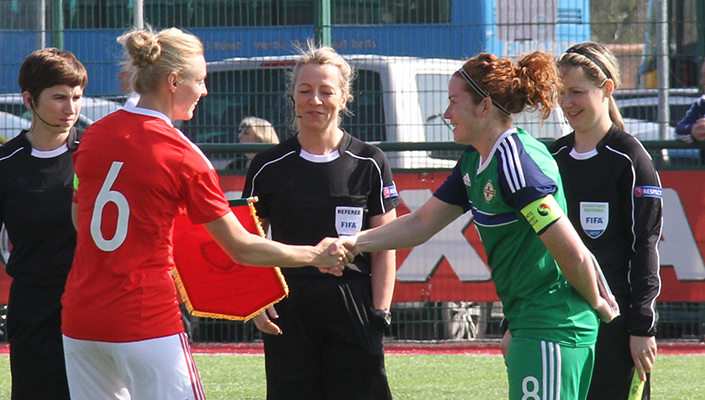 Northern Ireland went into these two matches against Wales, who sit over 25 places above them in the FIFA world rankings, missing a number of regulars, and when Ashley Hutton and Rachel Furness were also ruled out for the second match it made their task all the more difficult.

The return of captain Marissa Callaghan was, however, a boost.

Northern Ireland were on the attack from kick off and won a corner inside thirty seconds when a Marissa Callaghan through ball was taken off the toe of Simone Magill.

The home side settled quickly however and started to have some good possession. The visitors did have their moments especially when another Callaghan through ball was cut out before it could reach Magill and a fine break from Caragh Milligan coming to nothing.

Just before the half hour mark a superb Jade Lindsay block from a Bronwen Thomas shot kept the match scoreless.

Less than a minute later however Wales took the lead when following a poor touch in defence the ball fell kindly to Kayleigh Green to fire the home side into the lead.

The lead could have be en doubled minutes later when an effort came back off the crossbar and the follow up was blast well over the crossbar.

Five minutes later the teams were level when Northern Ireland won a corner on the left and Caragh Milligan's deep corner kick was met at the back post by Julie Nelson and her towering header found the net.

Before the interval a Milligan cross from the right was mishandled by Welsh keeper Laura O'Sullivan but the danger was cleared.

As in the first match the home side scored within two minutes of the restart. A ball from the right was met by Nadia Lawrence's who superbly steered a her right foot effort into the bottom corner of the net.

The home side took control for a period with Emma Higgins making a fine save from Natasha Harding and another from a Melissa Fletcher header.

The home side extended their lead ten minutes from time when a punched Higgins clearance from a corner fell invitingly for Hayley Ladd who knocked it home from inside the box.

Northern Ireland manager Alfie Wylie, who had given first caps to Beth McKay and Jana Richards in the opening match, made a number of substitutions in the second half including giving debuts to Harriett King and Brenna McPartlan.

Despite losing both matches it proved a useful exercise giving the management an opportunity to give some young players game time. 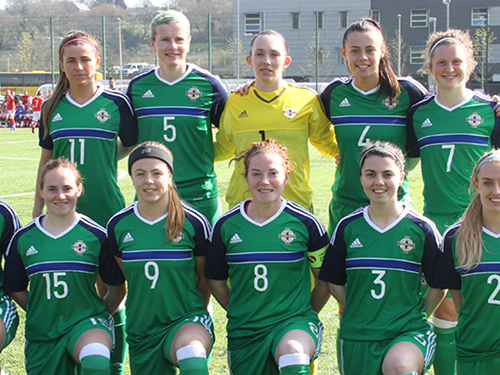 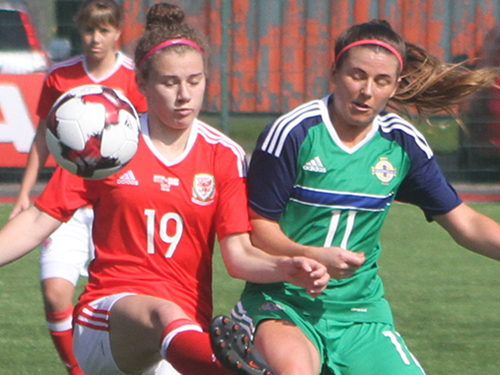 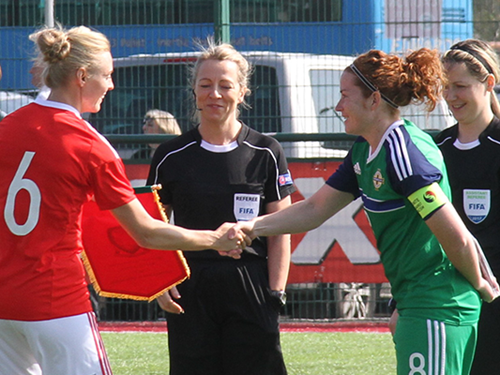