The draw for the fifth round of this season’s Samuel Gelston’s Whiskey Irish Cup was made at the National Football Stadium at Windsor Park this afternoon.

The 12 teams that make up the NIFL Premiership and the 12 teams in the NIFL Championship were joined in the draw by eight intermediate sides who have battled their way through four rounds to reach this stage of the fourth-oldest national cup competition in the world.

Remarkably there will be only one all-Premiership tie when the games come around in early January. That encounter will feature Carrick Rangers at home to Mid and East Antrim rivals Ballymena United, who were the beaten finalists last season.

Cup holders Crusaders will be at home to Championship side Dergview in round five, while Premiership leaders Larne are at home to intermediate outfit Crumlin United, who ply their trade in the Amateur League’s Premier Division.

The one all-Championship tie will see Co Armagh's Annagh United travel to the North-West to take on Institute.

And there’s only one all-intermediate clash, with Bangor (NIFL third tier) welcoming Tandragee Rovers (Mid-Ulster League Intermediate A) to Co Down.

The fifth round draw was made in The Pat Jennings Lounge at the National Football Stadium at Windsor Park by Irish FA President Conrad Kirkwood and Gemma Roberts, Northern Ireland Country Manager for Halewood Artisanal Sprits, which produces Samuel Gelston’s Irish Whiskey. BBC radio presenter Joel Taggart acted as MC at the event.

Round five games in the Samuel Gelston’s Whiskey Irish Cup 2022-23 are due to be played on Saturday 7 January 2023. 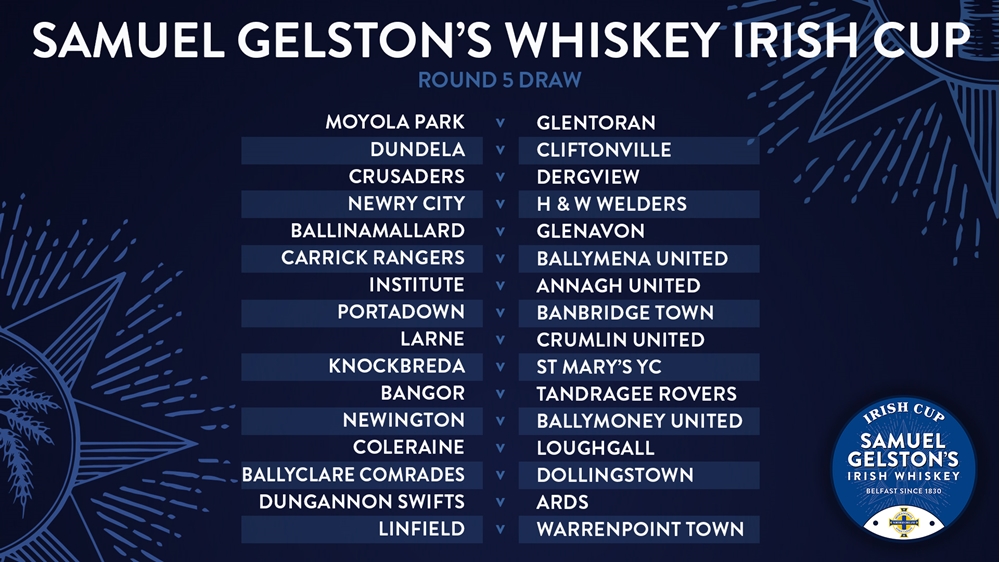 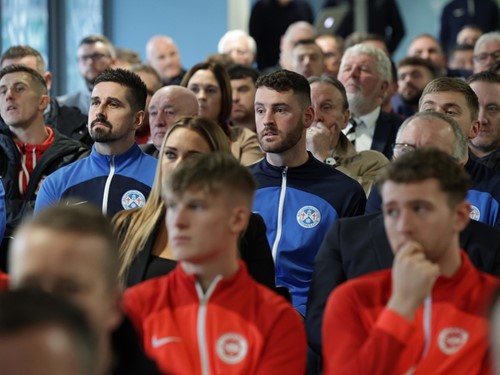 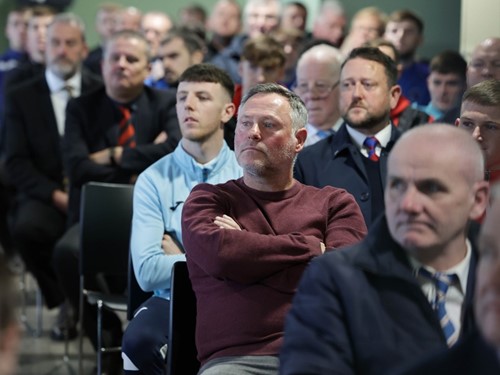 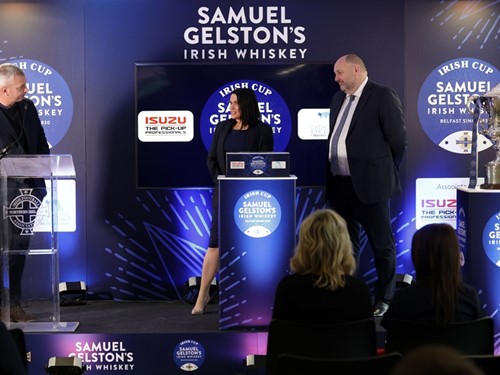 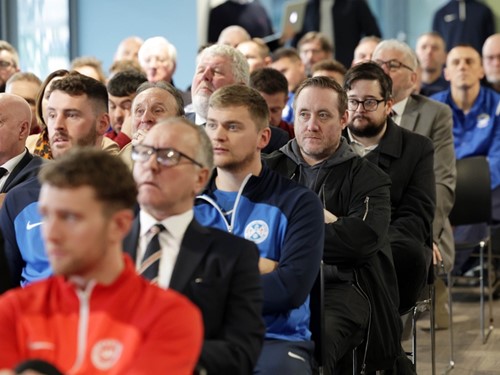 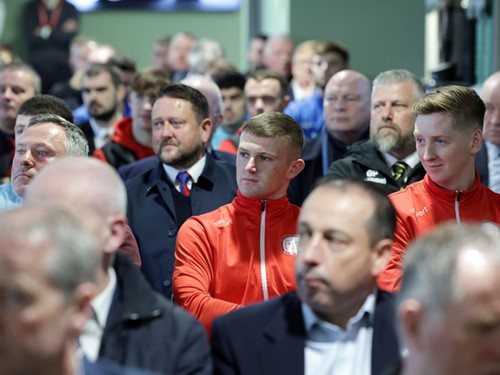 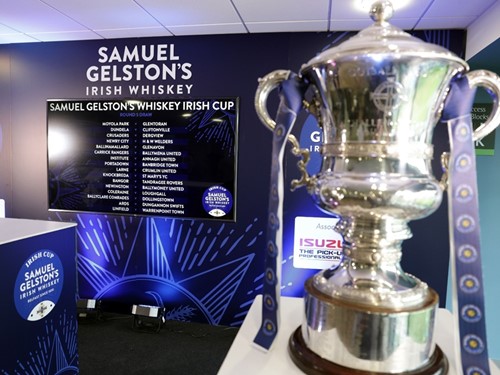 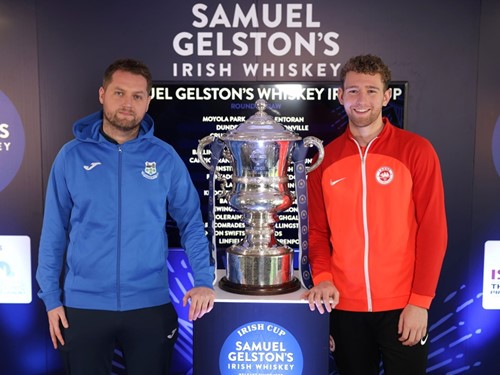 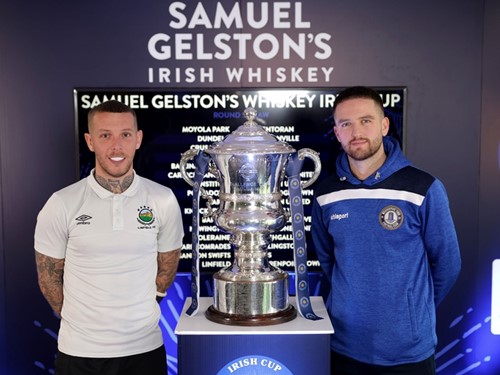 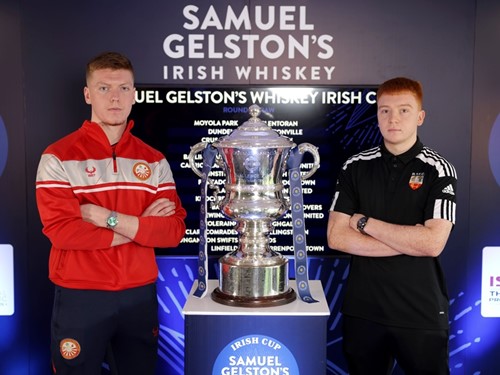 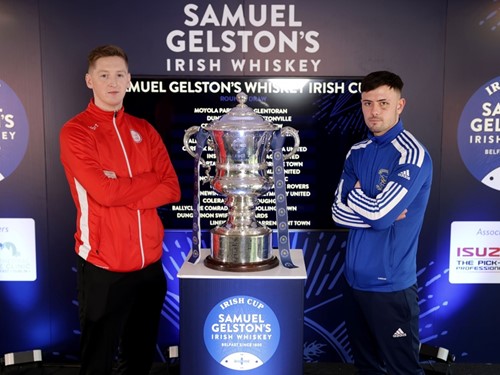 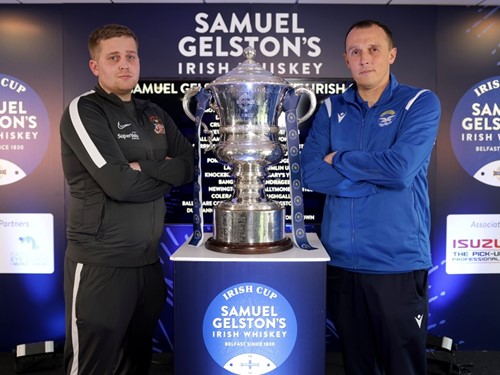 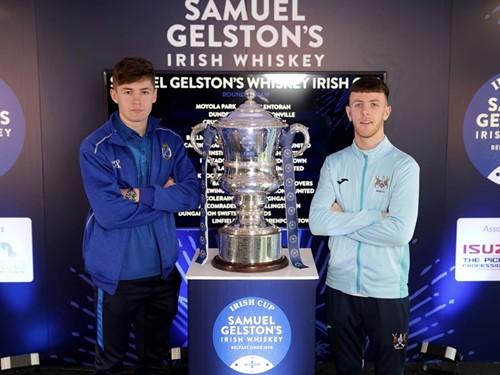 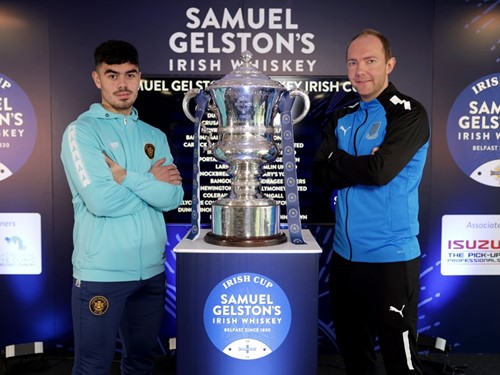 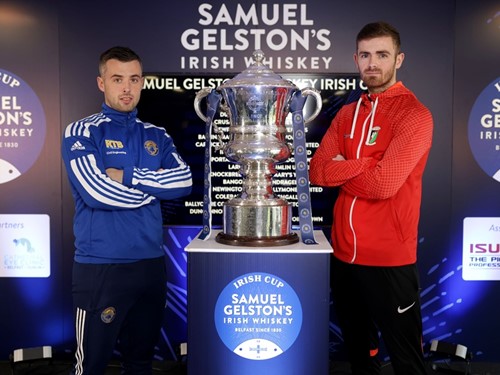 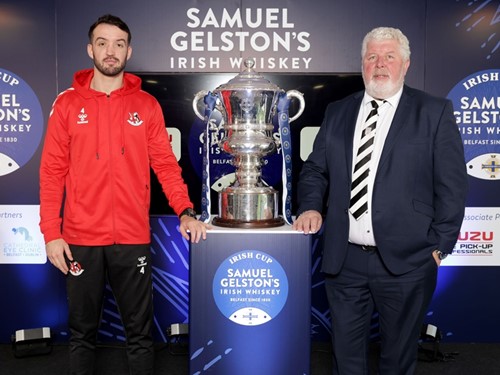 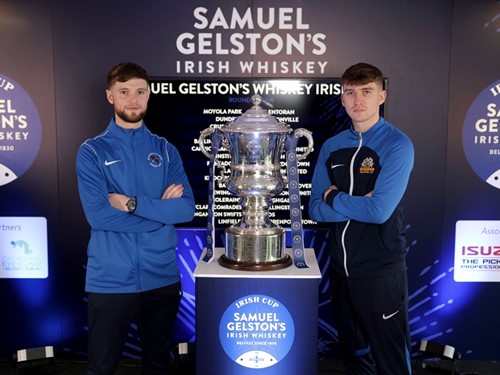