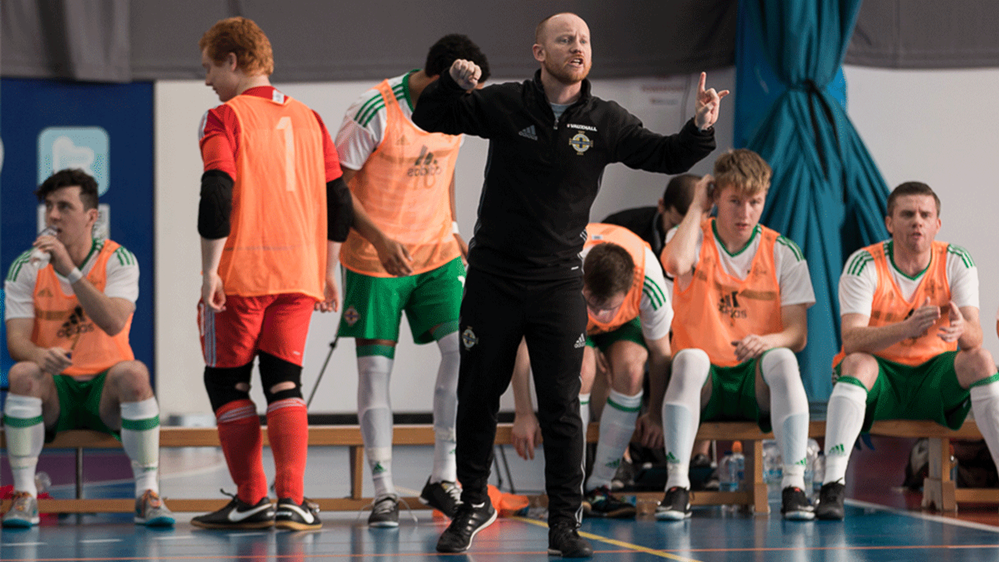 The squad travel to San Marino this Friday and will play at the Multieventi Sport Domus on Saturday and Sunday.

Speaking about his squad selection Jonathan Michael said, “Over the past number of months we have been able to add to the group and we have had more regular training sessions with the players.

"I have been pleased to uncover some more players that are participating in the National League in England and combine this with talented players that have been discovered through regional trials.

“The Home Nations Championships in Wales last December was a real catalyst in raising the profile of the game here in Northern Ireland.

"Since the start of the year we have held trials and taster sessions to add to our squad of players. This process is still ongoing and with the Northern Ireland Futsal League starting in a couple weeks this provides further opportunities to identify talent.”

Jonathan added, “We are a much stronger squad than when we participated at the Home Nations. We have been able to add more experience to the group and the knowledge of players that were involved in the games in Cardiff has moved on massively.

"We go into the San Marino games with confidence and a determination to produce a higher level of performance. I, the support staff and the players are focused on getting positive results out of both games and demonstrating how far we have progressed in a short space of time.”