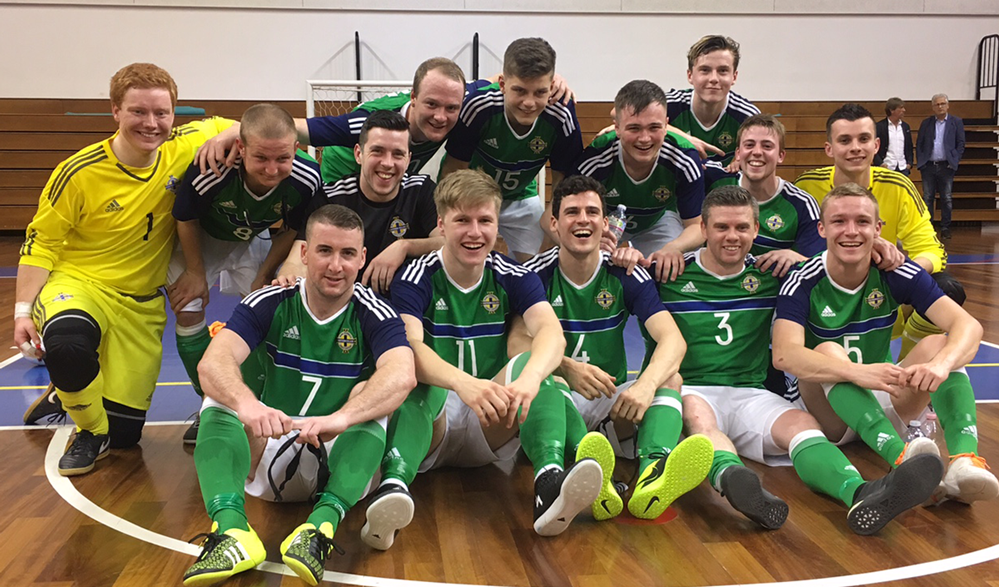 Northern Ireland recorded their first ever international futsal win with a 1-0 victory away to San Marino on Sunday 14 May.

Ciaran Donaghy’s 57th second goal gave Northern Ireland the perfect start in what proved to be a physical game.

Both team’s started quickly but it was Northern Ireland who took the match to their opponents.

James Gould came close to doubling the visitor’s lead on four minutes, only to see his shot hit the post, while a well-worked corner routine saw Conor Glenholmes get a shot away only for Elia Cecchetti to make a great save on eight minutes.

Seconds later San Marino came close to scoring with a freekick routine that was saved by Philip Irvine.

San Marino started the second half brightly and kept possession of the ball well.

On 26 minutes Cecchetti made a double save from Craig Taylor and Ernestas Verenka, before Danilo Busignani saw his shot blocked by Gould.

Northern Ireland continued to soak up the San Marino pressure and tempers started to flair as both teams looked for a goal.

San Marino reverted to playing with a fly goalkeeper in the last five minutes as they pushed for an equaliser but Northern Ireland sat deeper and saw out the game to clinch a well deserved victory.