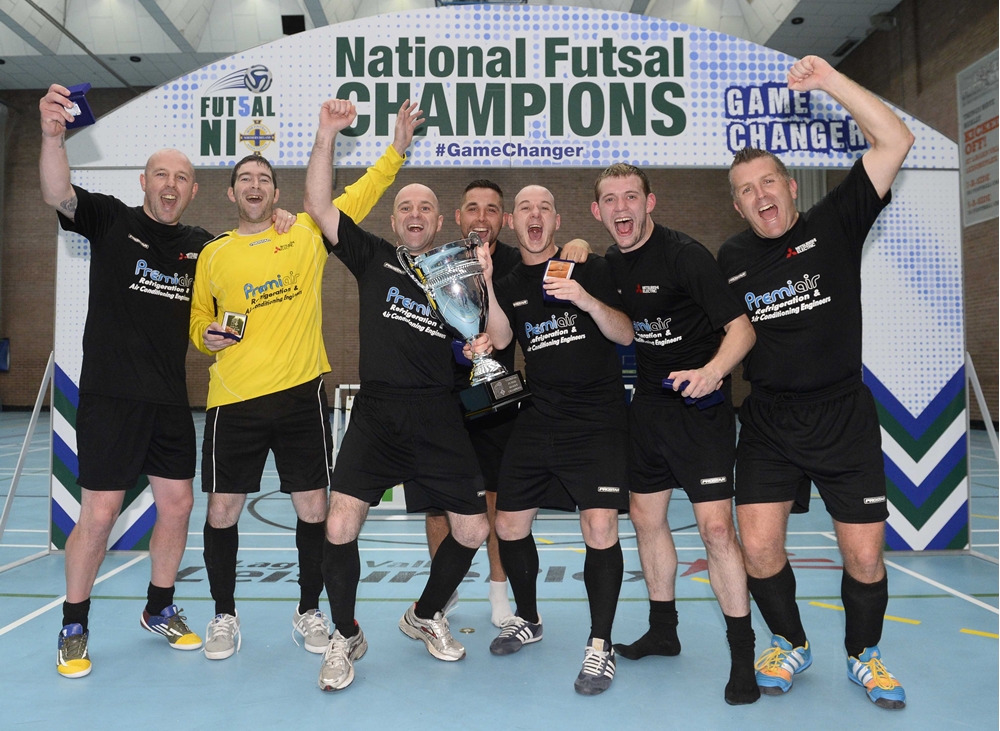 Eight teams will be battling it out over the next couple of weeks for the Northern Ireland Futsal League title – and a place in futsal’s equivalent of the UEFA Champions League.

The winners and runners-up, plus the two best third-placed teams, from groups covering two Belfast regions and an Armagh, Banbridge and Craigavon region are set to compete in the knockout phase of the Futsal League to determine who will be this year’s Northern Ireland futsal champions.

All the matches are being played at Lagan Valley Leisureplex in Lisburn – admission to them is free - beginning with quarter-final ties this Friday (21 July) and Sunday.

The semi-finals will be staged next Friday (28 July) with the league final on the Sunday (30 July). And this year’s Northern Ireland Futsal League champions will go on to compete in the UEFA Futsal Cup for the first time.

Meanwhile, a record 56 clubs have entered the UEFA Futsal Cup for the 2017-2018 season and the Northern Ireland league champions will be playing in the preliminary round to take place between 22 and 27 August in Denmark.

The Northern Ireland champions have already been drawn in a group containing Bielsko-Biała from Poland, Doukas SAC from Greece and København Futsal from Denmark.  København Futsal will be hosting the tournament in Copenhagen.

Northern Ireland Futsal Head Coach Jonathan Michael said: “I am delighted that UEFA accepted our entrance into the UEFA Futsal Cup this year.

“We have made great progress with our international side over the past six months and this inclusion in the showpiece European club competition is another important step in further developing our domestic game.”

For more information about futsal and the Northern Ireland Futsal League log on to www.irishfa.com/futsal