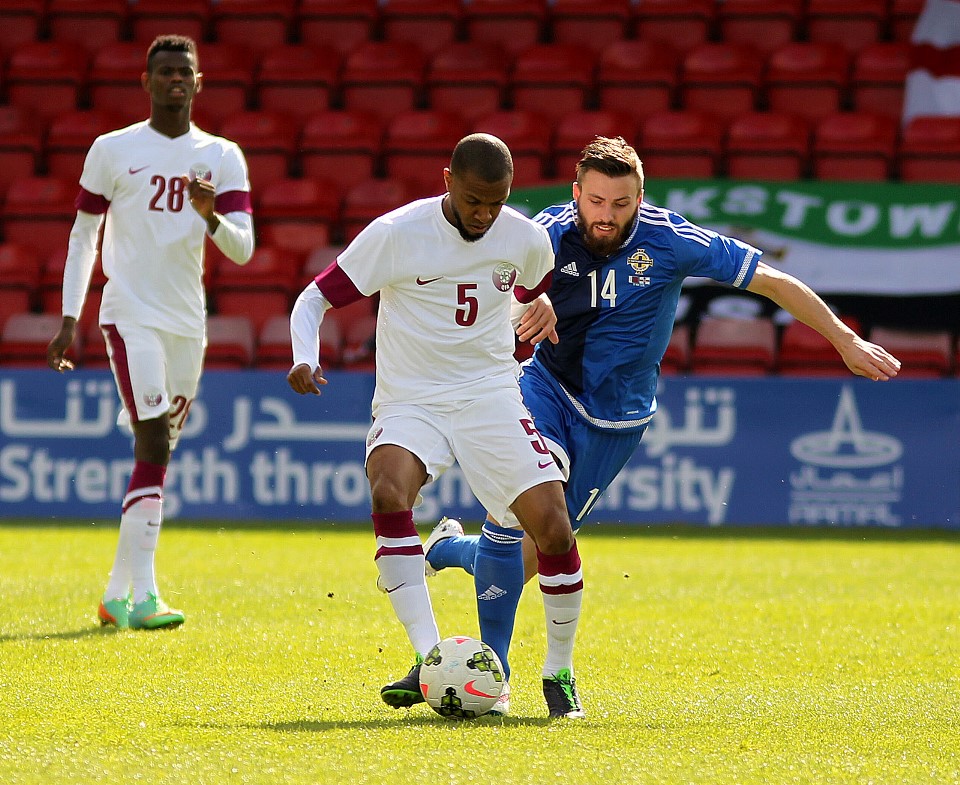 Stuart Dallas opened the scoring for Michael O'Neill's side early in the second period before Karim Boudiaf levelled for the Qataris levelled later in the half.

Indeed, Dallas came close to firing Northern Ireland in front as early as the ninth minute after collecting the ball in the middle of the park before working his way to the edge of the box only to fire just wide.

Then, after half-an-hour, Oliver Norwood threatened with a fantastic free-kick with seemed destined to nestle in the top right corner only for 'keeper Amine Lecomte to pull off a fantastic save.

However, the deadlock was broken less than a minute after the break after Will Grigg headed down a Niall McGinn cross into the box for Dallas to pounce from close range.

Norwood might have added a second just after the hour only for his shot from a Jamie Ward cross to be cleared at point blank range by defender Mohammed Musa. 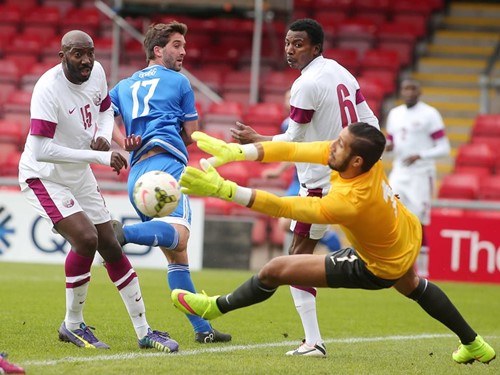 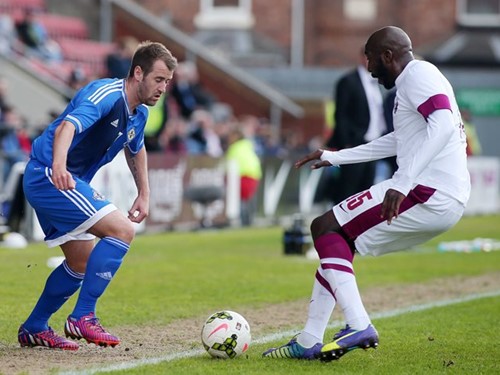 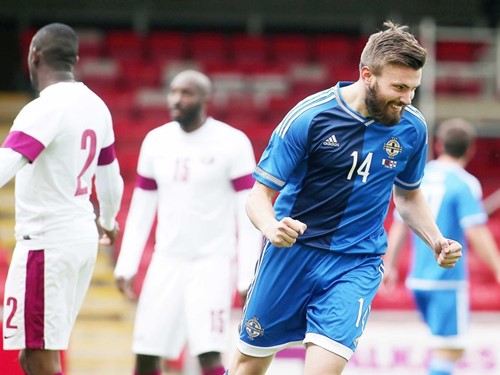 Stuart Dallas celebrates after scoring to make it 0-1.