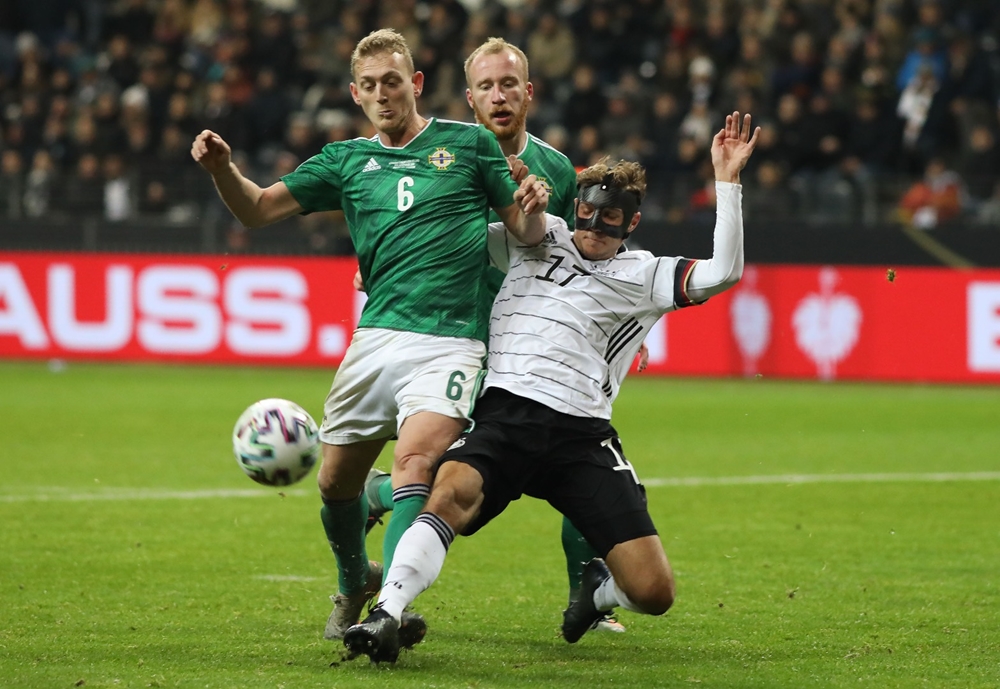 George Saville’s introduction to international football could not have been tougher when manager Michael O’Neill gave him his debut against the then World Champions Germany at the National Stadium in October 2017.

However, despite only playing the final ten minutes of the 3-1 World Cup qualifying defeat the Camberlely-born midfielder showed enough quality to confirm that O’Neill had unearthed a gem of player who was made for international football.

Saville, who qualifies for Northern Ireland through his grandmother who hails from Enniskillen, was attached to Chelsea’s Youth Academy from the age of eleven, eventually signing a professional deal with the Blues in 2010.

Unfortunately he failed to feature in the first team at Stamford Bridge with Wolves eventually sealing his signature on a three-year deal in the summer of 2014.

The talented playmaker, who had loan spells at both Bristol City and Millwall during his three seasons at Wolves, never really settled at Molineux and continued his football education with his former loan club Millwall whom he moved to permanently in June 2017.

Saville began to fulfil his undoubted potential at the New Den when he scored ten goals in 45 outings in his only full season with the south-London based outfit.

His form attracted the attention of Middlesbrough and at the start of the 2018/19 campaign he made the switch to the Riverside on-loan until January when ‘Boro would make the move permanent paying Millwall a reported £8 million for his services.

Having spent three years at The Riverside Stadium Saville made the move back to south east London when he rejoined Millwall in July 2021.