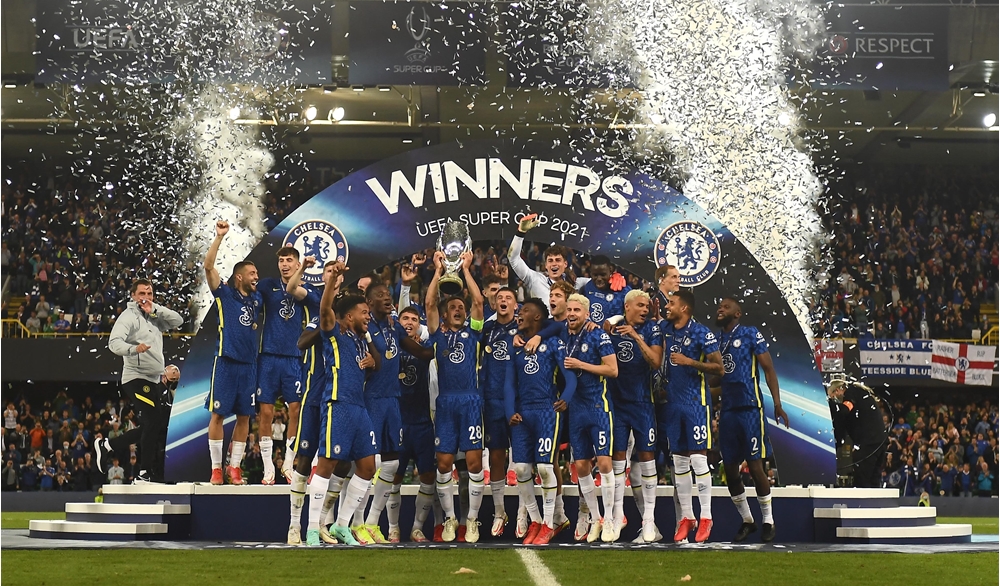 The 2021 UEFA Super Cup saw Chelsea take on Villarreal at the National Football Stadium at Windsor Park on 11 August.

The match, the curtain-raiser to the new UEFA club competition season, pitted the winners of the previous term's UEFA Champions League and UEFA Europa League against each other.

And it was Premier League Chelsea who got their hands on the trophy for the second time in their history thanks to a 6-5 penalty shootout win. It was required after the game ended 1-1 after 120 minutes.

Before that Hakim Ziyech had given Chelsea the lead before Gerard Moreno’s beautiful top corner strike in the second half of regulation time brought the Spanish outfit level.

The competition was first staged in 1973/74 and initially featured the European champions and their European Cup Winners' Cup counterparts. Since the last UEFA Cup Winners' Cup in 1998/99, the match has been contested by the holders of the UEFA Champions League and the UEFA Europa League (the UEFA Cup until 2009/10). 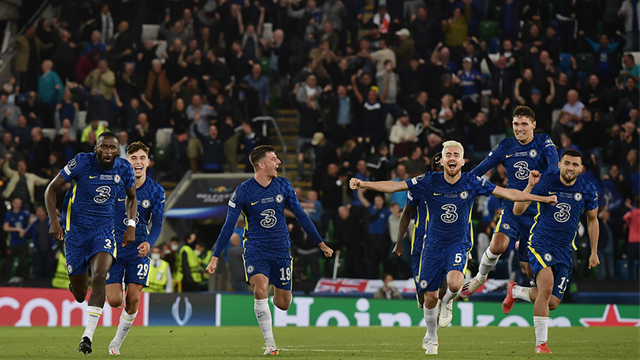 The Irish Football Association and UEFA staged a “completely fabulous” UEFA Super Cup - that’s the verdict of Irish FA chief executive Patrick Nelson, who said the event had been delivered “after many years of bid writing, politicking, negotiating, planning and yet more planning”. 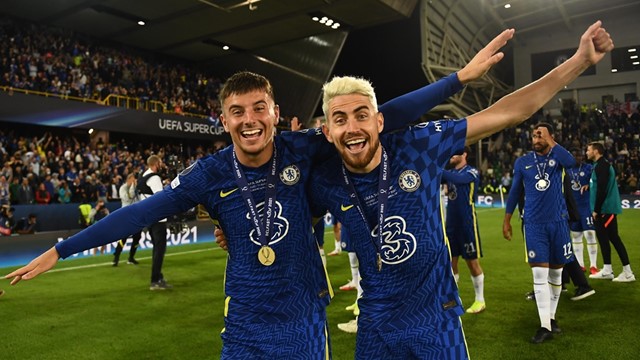 Blue was the colour as Chelsea lift UEFA Super Cup

Blue was the colour as the UEFA Super Cup was staged at the National Football Stadium at Windsor Park. 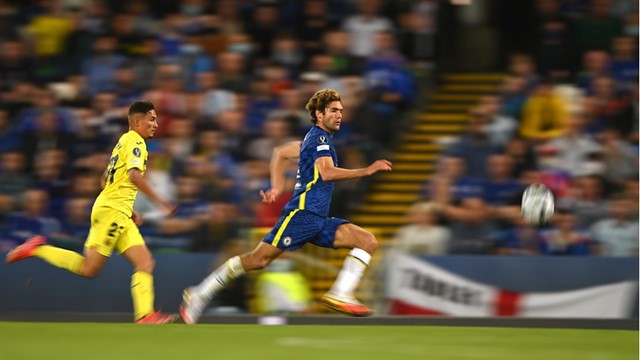 We’ve selected some of the best images from the showpiece. Photos: UEFA and William Cherry / Presseye 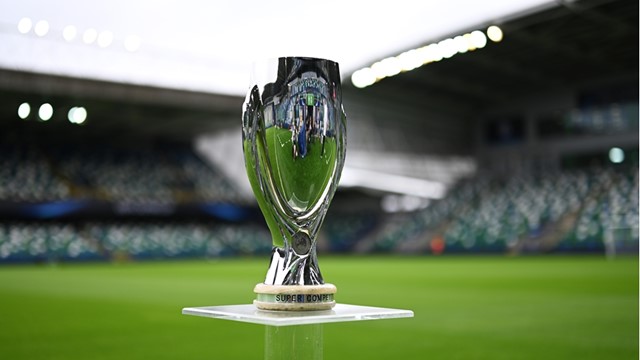 A long and winding road to the UEFA Super Cup

The Irish Football Association’s hosting of the 2021 UEFA Super Cup has been 10 years in the making. 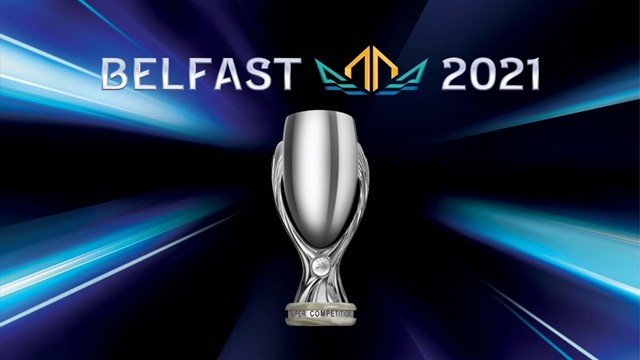 Up to 13,000 fans will be able to attend next month’s UEFA Super Cup in Belfast, it was announced today. 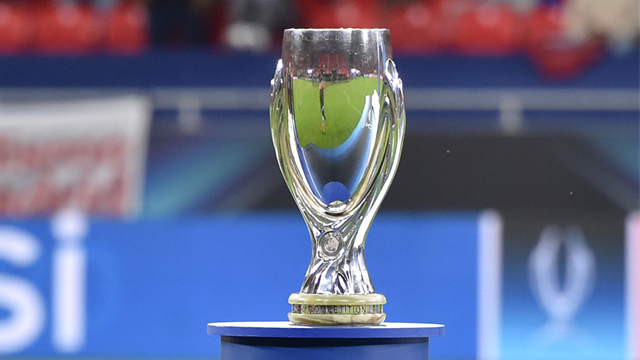 We look forward to welcoming fans from Chelsea and Villarreal to the National Football Stadium at Windsor Park in Belfast on Wednesday 11 August. 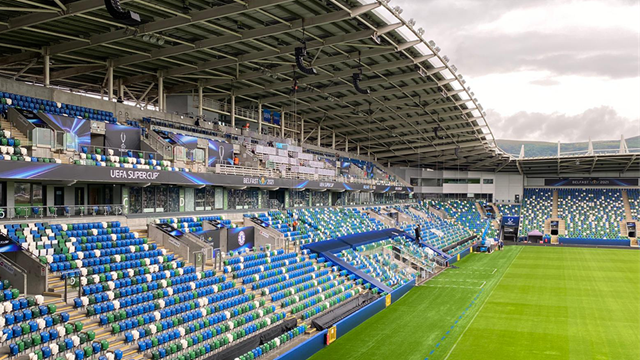 The National Football Stadium at Windsor Park will be packed with state-of-the-art technology when it hosts UEFA Super Cup.

The three major trophies in European club football  arrived in Northern Ireland Monday 21 June as part of the build-up to Belfast hosting the UEFA Super Cup.