The game will be staged at Seaview, home of Crusaders FC, on Tuesday 12 November, kick-off 7.45pm.

The match, which comes hot on the heels of the team's third qualifier of the campaign away to Norway, is a chance for Kenny Shiels' side to improve upon the 2-2 draw they secured against the Welsh in September.

After the morale-boosting point in Newport, which came courtesy of Simone Magill's opener and Ashley Hutton's late header, Shiels says our senior women aim to draw encouragement from the recent performances of the senior men after their displays against the might of Germany and Holland as examples of how to face higher ranked opponents.

Tickets for the game against Wales are £5 (adults) and £3 (concession) and can be bought at the gate. Campaign card holders have free entry to the game upon presentation of their card(s).

There will be a pre-match fanzone inside the ground (accessible via St Vincent Street - South Stand gate).

Get down early to soak up the atmosphere and enjoy inflatable football challenges and free face painting!

Q&A| Catch up with Julie Nelson for her lockdown lowdown 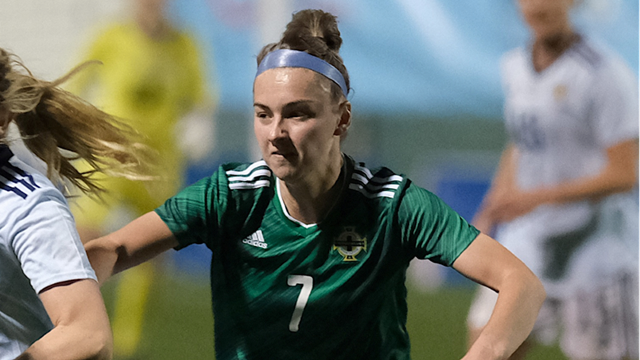