Find out more about both nominees in the video below then cast your vote by completing the form at the bottom of this page.

William Shanks is currently a member of the committee at Dundonald-based Ridgeway Rovers and NI Co Down Select. He has held many different roles in football down the years, including as a coach, kitman and talent scout for Sunderland and Hull City. William was also heavily involved in St Andrew’s Boys’ Club in Belfast, which produced Northern Ireland greats Steven Davis and Chris Brunt among others.

He believes the evolution of grassroots football in Northern Ireland has had a hugely positive impact on society in general. 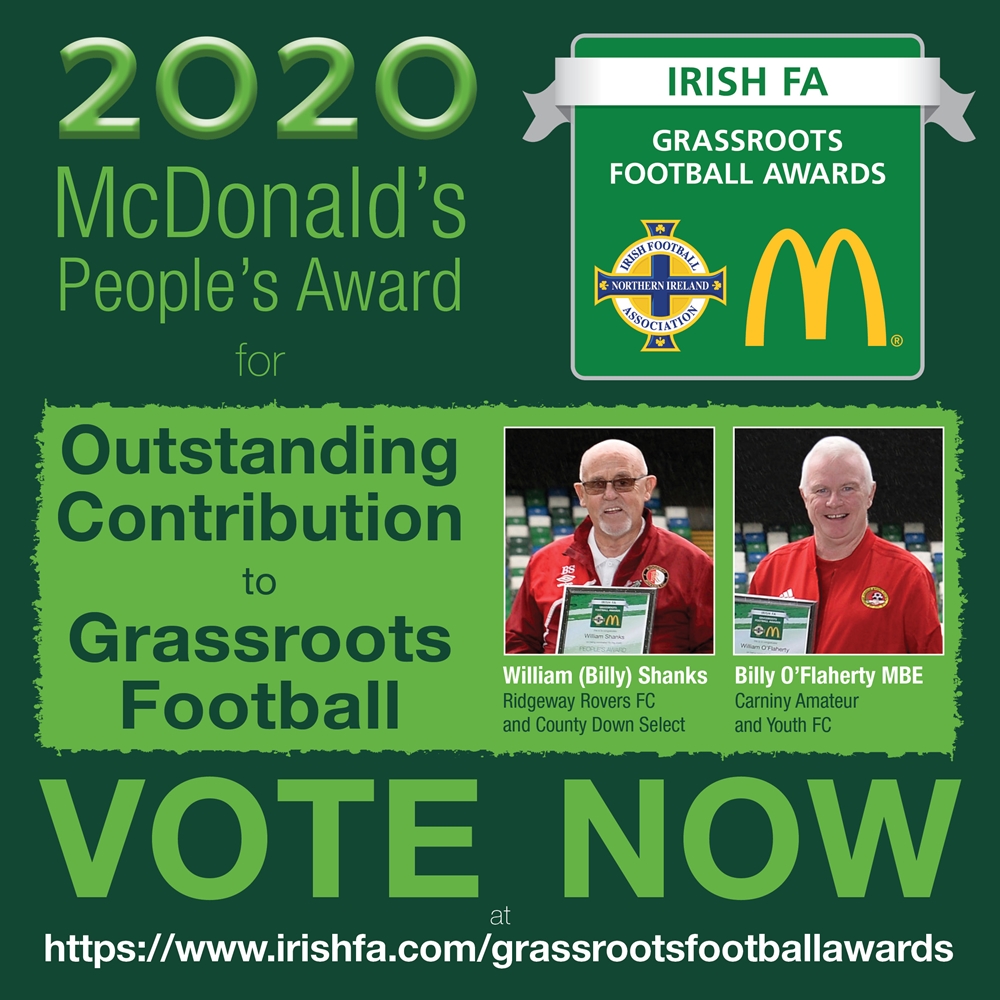 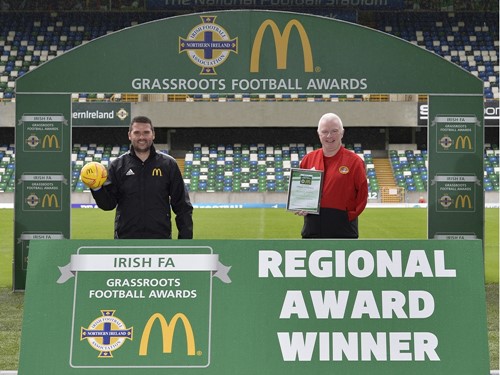 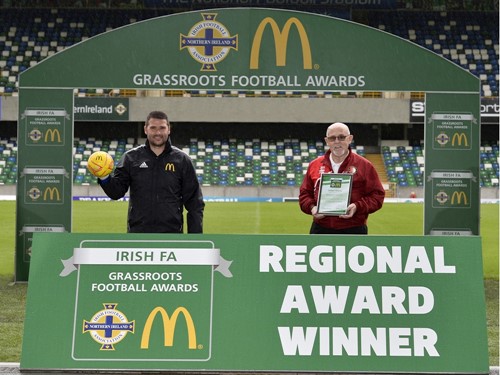 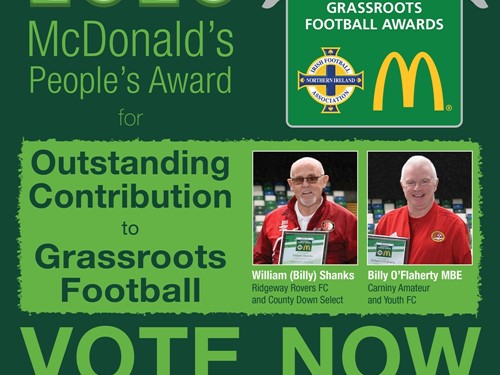