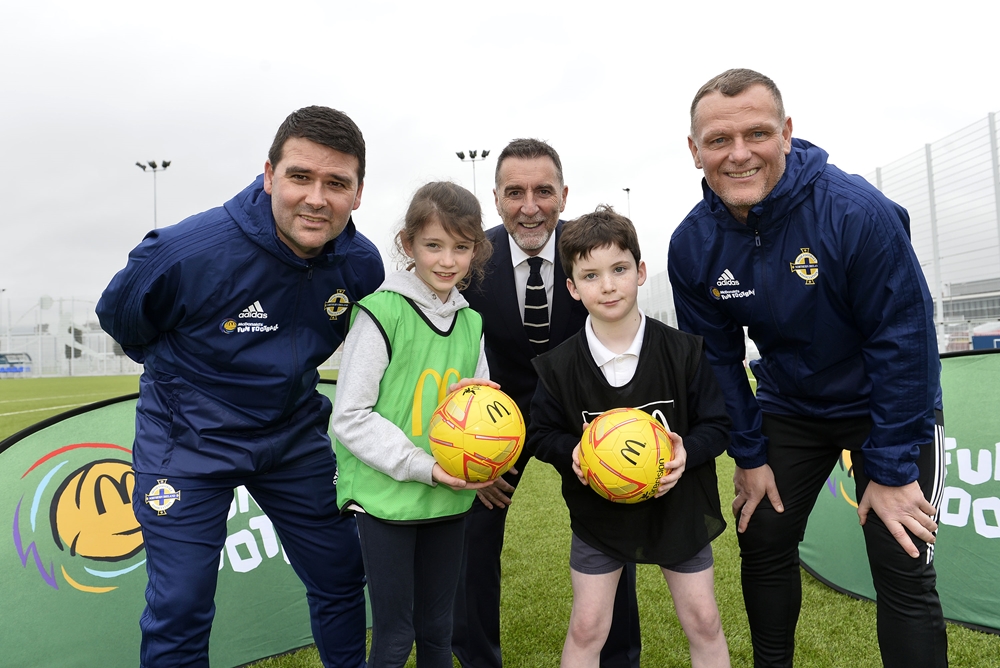 The McDonald's IFA Grassroots Football Awards are a celebration of those who contribute hours of their time for the good of football in Northern Ireland.

The awards, now in their 19th year, recognise the incredible work and commitment of football clubs and volunteers within grassroots football, who give up their time to enable the local game to flourish and grow.

Young Volunteer of the Year

This award recognises the contribution young people make in the community within grassroots football.The category is open to young people from 14 to 24 years of age that make a significant impact in helping to support and develop opportunities for people to participate in the local game.

Volunteer of the Year

This award recognises the countless hours that dedicated volunteers across Northern Ireland give to help their local club and game. Nominations will be accepted for anyone whose involvement in football has helped to develop others and the grassroots game.

Wes Gregg Coach of the Year

This award recognises the outstanding contribution of a coach at a grassroots club or Fun Football provider. Someone who encourages people starting, staying and/or succeeding in football through high quality coaching.

The Futsal Award looks to recognise an individual or club who have championed the introduction of Futsal in their community.

This award celebrates an individual or club who has put inclusivity at the heart of the ethos of their club, in particular disability projects.

Club of the Year

This award is for Irish FA Accredited Clubs that deserve special recognition for the work they do. With this award, we recognise the clubs who have shown strong growth and progress in their community both on and off the field.

The People’s Choice Award recognises the outstanding contribution that an individual has made to football in their local community and beyond.

Nominations for the 2020 McDonalds Irish FA Grassroots Football Awards have now closed. Our award panel is now in the process of deciding the regional and national winners. Be sure to keep an eye on www.irishfa.com for updates.