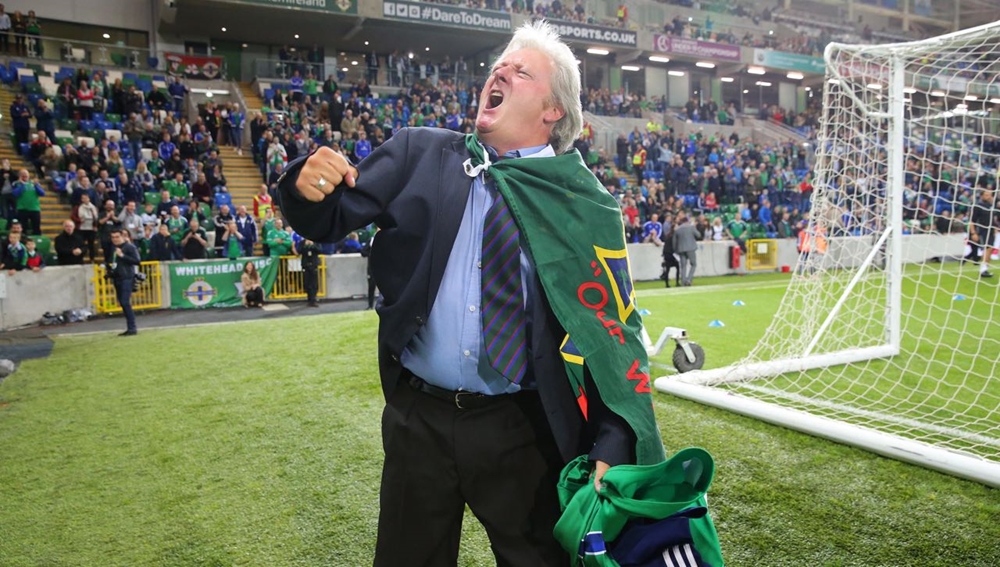 To mark the opening, we asked some famous Northern Ireland faces from sport, tv and music to do a lap of the pitch, each accompanied by a special guest from the football family.

Well known fans like Carl Frampton, Jimmy Nesbitt and Gary Lightbody were joined by supporters from across the generations, captains of our various men’s and women’s teams, as well as representatives from our Elite Development programme, Club NI.

Following the lap of legends the stadium was opened by two very special guests - campaign card holders  Elle (5) and Jay (7) Knowles, who were accompanied by their father John and grandad Robert.