Seasiders through to next round of Intermediate Cup 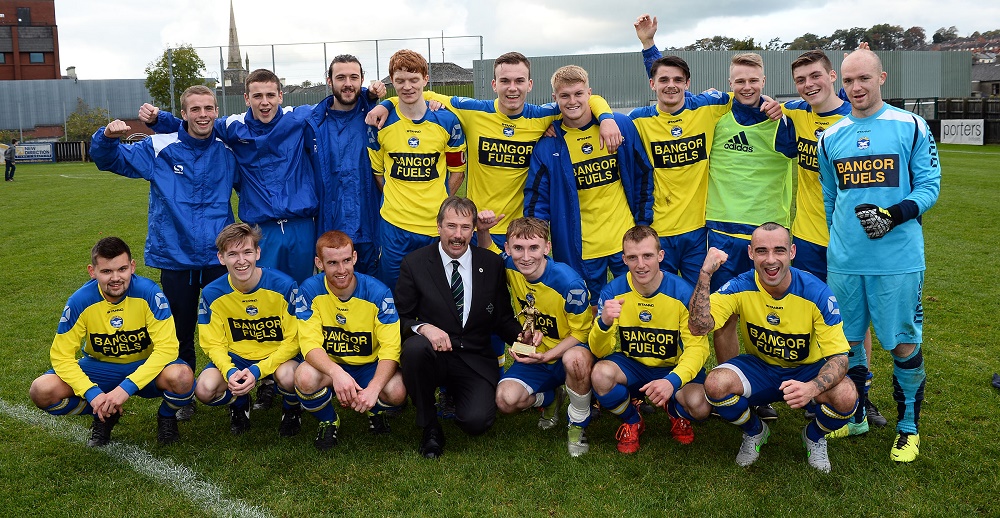 Bangor defeated fellow Premier Intermediate League side Banbridge Town 2-0 at Crystal Park to reach the second round of the IFA Intermediate Cup.

The sides matched each other for commitment and ambition but as the first half progressed the Seasiders began to take control and duly moved in front on 21 minutes when Keith Armstrong delivered a low, hard cross which was guided into the net by Gerard McMullan.

Banbridge rallied somewhat after falling behind but Bangor did enough to stay ahead going into the break.

Moving into the second half, Banbridge applied more pressure as the game opened up.

But back came Bangor and, not long after the hour mark, they doubled their advantage when a floating cross from the right flank delivered by 'man of the match' Jordan Lucas left home 'keeper Stephen Cairnduff helpless as the ball sailed over his head into the far corner of the net.

Indeed, the visitors might have added a third after that only for Dale Patton to see his shot cleared off the line by Conor Downey.

Banbridge finished with a flourish in an attempt to claw back that two goal deficit but, despite their best efforts, they found the Bangor defence impossible to breach.