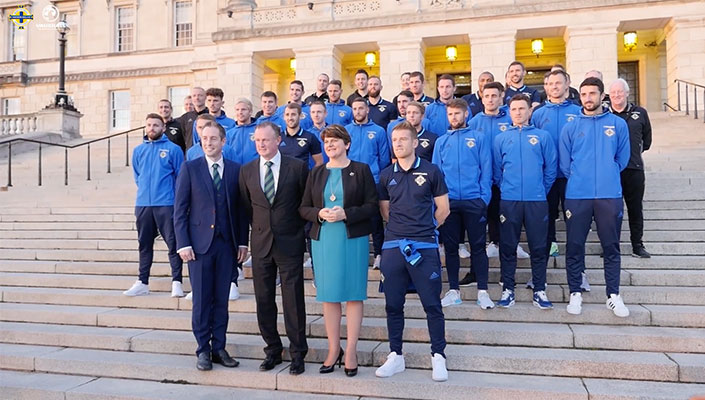 The Northern Ireland team were invited to Stormont to congratulate them on their achievements at Euro2016.

Michael O'Neill and his squad attended the reception that was hosted by First Minister Arlene Foster and Sports Minister Paul Givan.

Looking back on Euro2016, The Sports Minister said: "The summer of 2016 is one that people are going to remember for the rest of their lives.

"The football team on the pitch inspired the country. There's young people playing football who didn't play before but do because of what they saw in France. It brought our community together."

You can hear more on the reception in the video above.