Lafferty : “It was a special night for the people of Northern Ireland” 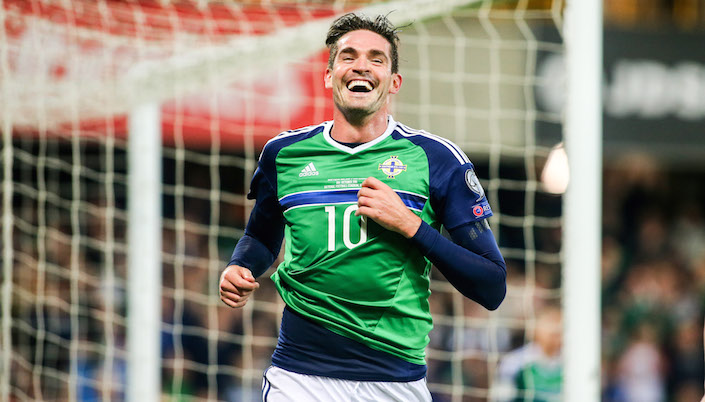 Super-sub Kyle Lafferty came off the bench tonight for Northern Ireland and weighed in with two goals and an assist to round off a 4-0 win over San Marino.

On a night that marked the official opening of the National Football Stadium at Windsor Park, Lafferty rounded off a dominant performance from Michael O’Neill’s men in front of the Green and White Army.

Reflecting on what was a memorable night, he said: “It was a special night for the people of Northern Ireland and to come off the bench and get two goals was exciting for me.

“We set out to give three points to the fans and that’s what we got.”