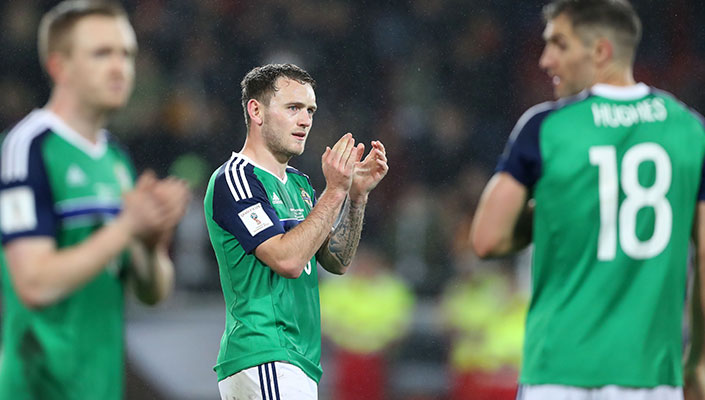 After putting in a solid display, defender Lee Hodson says he tried to not be fazed by the prospect of facing World Champions Germany.

Hodson shared on when he was told he would start the World Cup qualifier and how he approached the game, he said: "I found out this morning. Obviously I was excited but you have to just take it as another game because if you over think things you may perform as you want to personally."

After going 2-0 down early on, Hodson praised his team-mates for not giving up: "We dug in deep after the second goal and we created a few chances on the counter attack but we have to take the positives out of the game tonight."