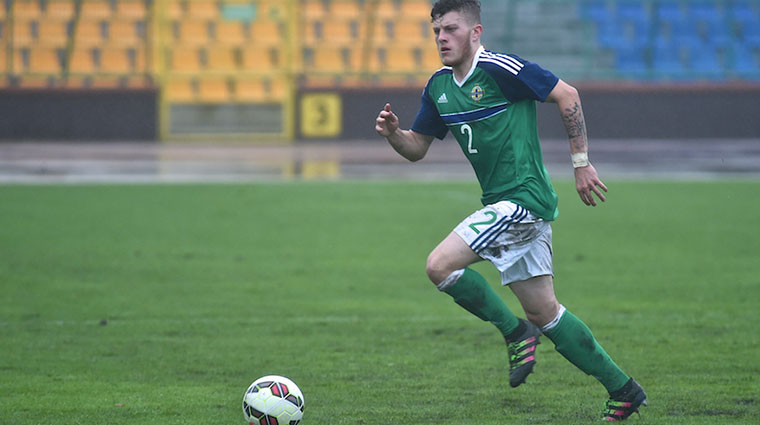 Second half goals from Mark McKee and Kyle McClean secured a 2-1 win in at the UEFA mini-tournament in Poland.

Northern Ireland started well and created chances throughout the first half, with Shea Gordon, King and McLean getting shots away.

Macedonia found it difficult to contain the Northern Ireland attacks and conceded numerous freekicks and corners, but held on to go in at half-time with the score still 0-0.

Both teams had early chances in the second half before two goals came in two minutes.

Brendan Glackin has the chance to put Northern Ireland back in front on 64 minutes but didn’t covert the penalty.

Both sides had further opportunities but going into the final 10 minutes it was still all square.

The game then changed on 84 minutes when Alban Sulejmani was red carded.

That was followed buy a flurry of yellow cards before McLean scored the winning goal on 90 minutes.

Northern Ireland will face Poland on Tuesday in their final match of the mini-tournament.