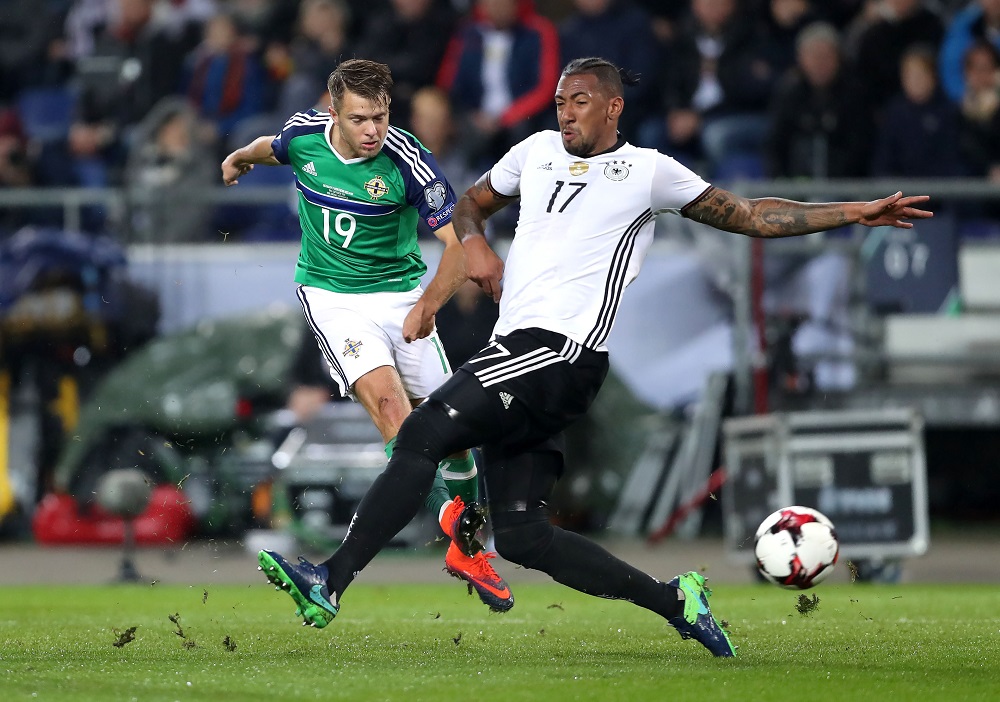 Northern Ireland slipped to a two-goal defeat to Germany in their World Cup qualifying clash this evening in Hannover's HDI-Arena.

Michael O'Neill made a number of changes to the side that started against San Marino. Lee Hodson was drafted in for his first competitive start in three years while Aaron Hughes and Corry Hughes also came off the bench. Germany, on the other hand, were unchanged from their win over the Czech Republic at the weekend.

As expected, Germany applied pressure right from kick-off, creating their first effort of note as early as the fourth minute when Mario Götze was afforded a free header from around eight yards out but Michael McGovern reacted quickly to palm the ball away.

On 11 minutes the hosts had a double chance. First, Sami Khedira scuffed a volley at the back post before Julian Draxler flashed a shot over from just inside the box.

But two goals in a quick succession soon after allowed Joachim Löw's side to put their stamp on the game.

The World Champions moved in front on 13 minutes when Draxler was presented with the opportunity on the edge of the box to curl the ball into the bottom corner and although McGovern got his fingers to it he was unable to keep it out.

Then, four minutes after that, Mats Hummels connected with a corner to nod the ball towards goal with Khedira coming in to head home from close range.

Despite falling behind to that early double whammy Northern Ireland didn't let their heads drop and, indeed, threatened a little later when Jonny Evans sent the ball over the top of the defence for Jamie Ward to control and then test 'keeper Manuel Neuer.

Further chances came before the break through Josh Magennis who worked his way into the area, taking the ball past Hummels and then having a shot on goal, albeit from an acute angle.

At the other end Thomas Müller, already with four goals so far this campaign, had a first time effort blocked followed swiftly by a Götze 'goal' which was ruled out after the ball had drifted out for a goal-kick in the build up.

And there was still time for Ward to cause real trouble down the right, only to be brought down right on the edge of the area by Jérôme Boateng but, unfortunately for Oliver Norwood, his free-kick sailed over.

A couple of minutes after the restart Ward's second touch let him down as he tested Boateng again but play switched quickly to the opposite goalmouth when Joshua Kimmich's laid the ball off for substitute İlkay Gündoğan but his subsequent volley was blocked.

Khedira then called McGovern into action before Boateng lifted the ball over for Götze to tee Müller up but Lee Hodson was alert to the danger and duly cleared.

Germany continued to enjoy the majority of possession as the half progressed only to be constantly thwarted by either indifferent finishing or competent defending.

Götze might have found a way through with ten minutes remaining after pulling in from the left but McGovern did well to tip the ball around near post while Shkodran Mustafi's volley from the corner that followed was blazed wide.

Chasing that third goal, Gündoğan had another decent chance although he failed to make the most of the time available to him, firing well over from 14 yards. Khedira then tried to step up but he also couldn't find the target.

Also tonight in Group C, Norway defeated San Marino 4-1 in Oslo while Azerbaijan and the Czech Republic played out a scoreless draw. 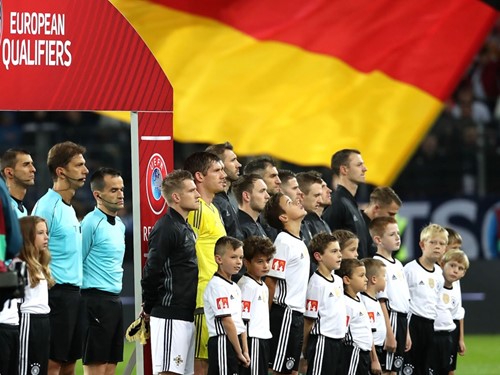 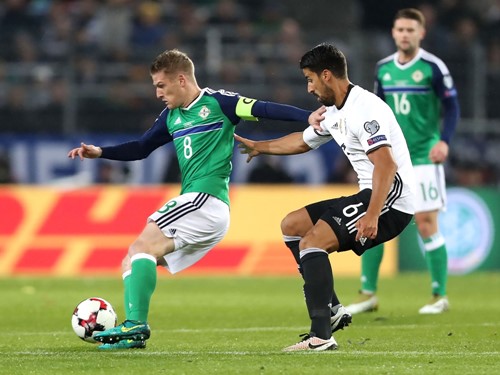 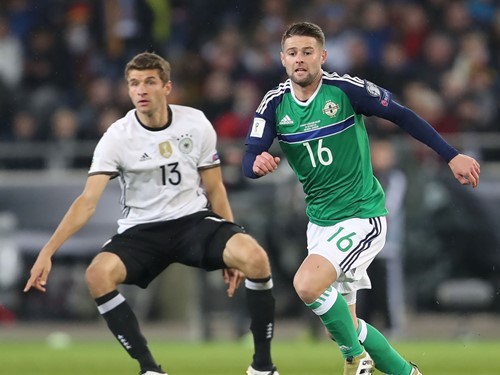 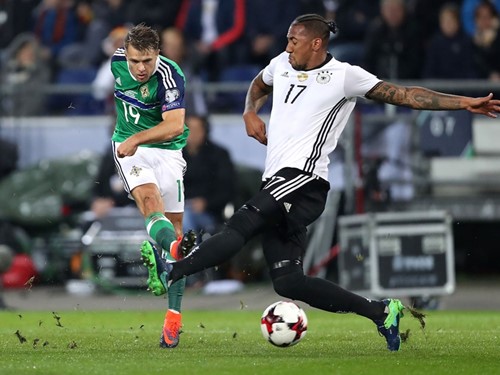 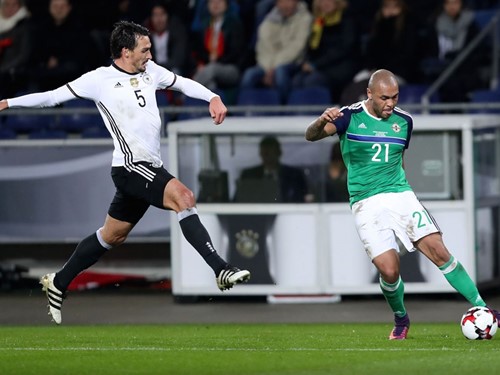 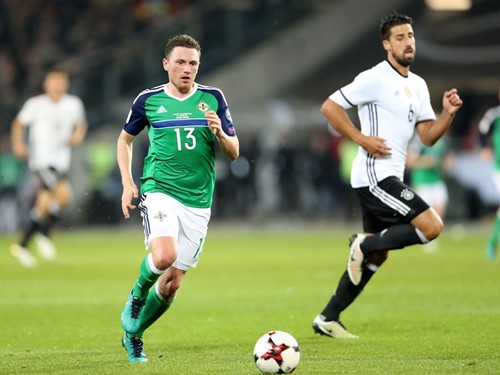 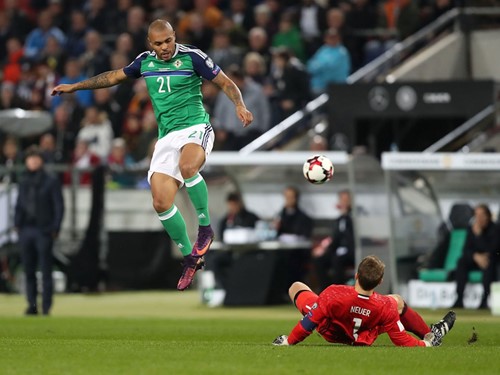 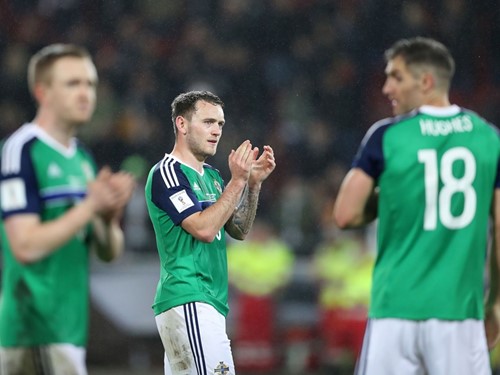 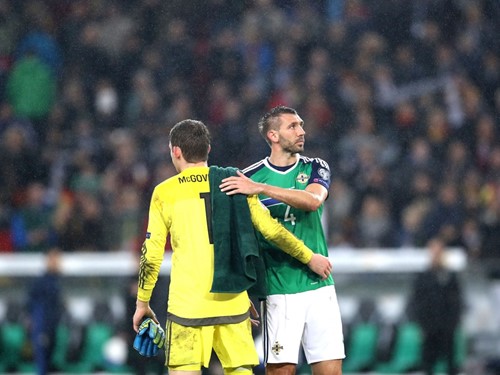 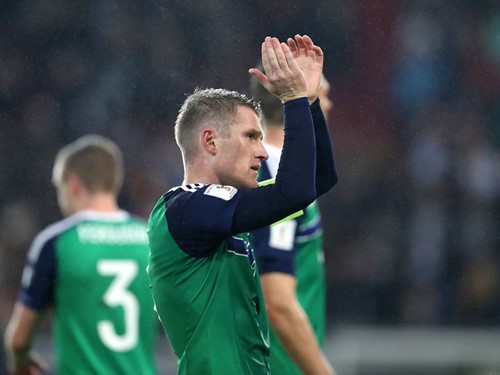 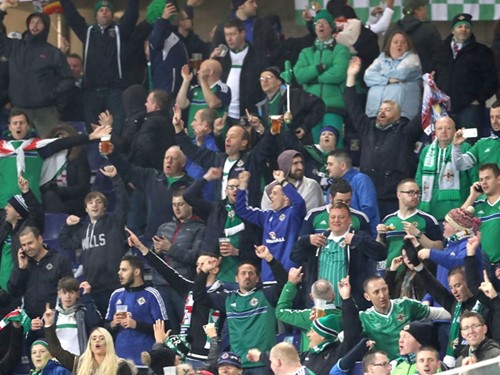 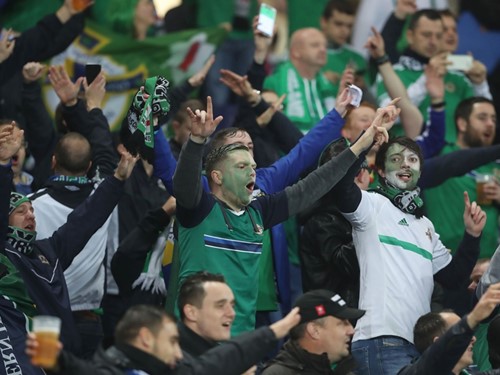 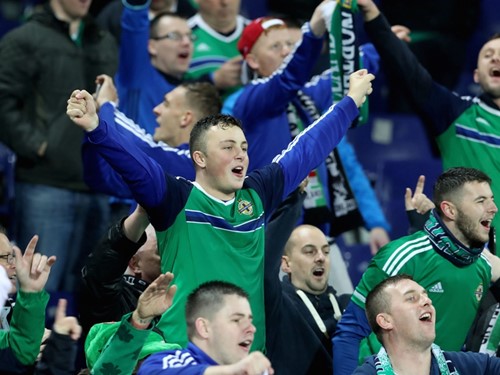