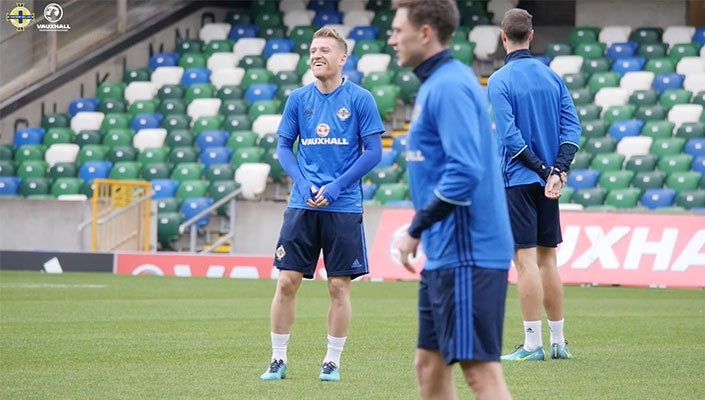 Northern Ireland Captain Steven Davis says the team are looking forward to being the favourites as they face San Marino in their next World Cup qualifier.

It's the second game of their World Cup qualifying campaign after a 0-0 draw with the Czech Republic in Prague last month.

Davis and his team-mates will be expected to be on the front foot and the midfielder is relishing the challenge: ""It's a nice position to be in for once. We are really looking forward to getting back out there too. Since our last game here there is still a lot of positivity and the boys are excited about getting the campaign up and running at home.

"We're expecting a game where we have more possession than we are use to, we are looking forward to the challenge and getting the right result."

The National Football Stadium at Windsor Park will be officially opened ahead of the game and Davis shared why playing in Belfast is important to him, he said: "I always love coming back here, I get to see my family and there is no atmosphere like Windsor.

"We hope to continue on that and recreate that now the stadium is finished. The fans are always top class. A lot of the good work and the good results have been because of the fans backing and them being the 12th man. I hope we can keep growing together."