McMaster proud of U19s even in defeat 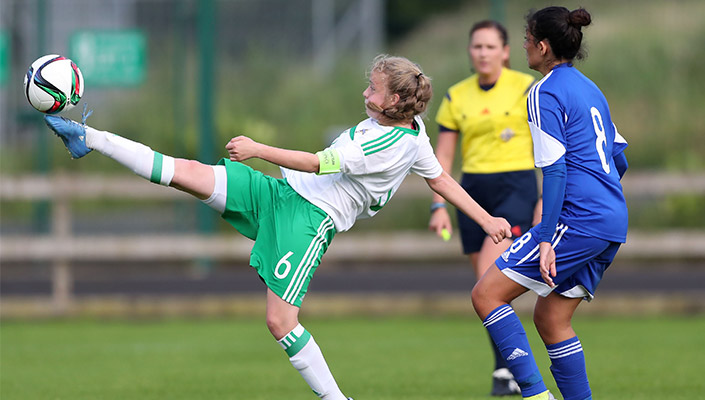 Northern Ireland Women U19 Captain Emma McMaster was full of pride after a solid second half display against current European Champions France in the Women's International Cup.

The U19s were 3-0 down at half time but fought hard and conceded on the full time whistle to end their opening Women's International Cup game in a 4-0 defeat at the Ballymena Showgrounds.

Considering the opposition, McMaster thought the side could be happy with their effort, she said: "To concede in the final few seconds (in the second half) was heartbreaking for us. We worked so hard tonight. Everybody that was playing, everybody that was watching could see how hard our team worked."

To hear more from McMaster on the final two games of the Women's International Cup against England and USA, watch the video above.