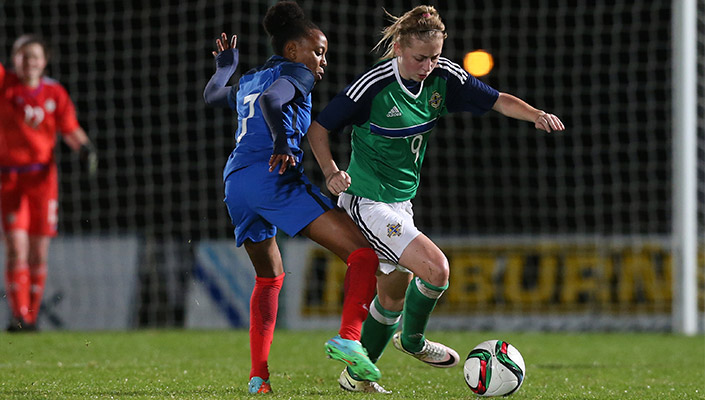 Northern Ireland opened the Women’s International Cup with a 4-0 loss to a strong France side in Ballymena.

Three first half goals from the French were enough to take all three points as Alfie Wylie’s team put in a solid defensive performance in the second half.

France had much of the possession early on with the first effort on goal coming on nine minutes. A long range effort from Julie Thibaud was fantastically saved by Caoihme Callaghan in the Northern Ireland to keep the scores level.

The second and third French goals came in quick succession on 38 and 41 minutes. Their second was a neat finish into the bottom corner by Elise Bonet and their third came as a long ball from midfield was well finished past Callaghan by Ninon Blanchard.

Northern Ireland started the second half much brighter as Megan Beattie’s effort almost caught the French keeper off guard. Shortly after, Beattie’s header from a Northern Ireland corner was cleared off the line.

France went straight down the other end and almost stretched their lead as a deflected shot from outside the area skimmed the outside of the Northern Irish post.

Another chance came France’s way as a free-kick from Emelyne Laurent on 70 minutes from a dangerous position on the edge of the area went just over the bar and didn’t trouble Callaghan.

Some strong running at the French defence from Rebecca Bassett, Chloe Orr and substitute Louise Crawford could break down a strong French defence.

The scoring was rounded off deep into injury time as Laurent headed into the Northern Irish net from a pin point cross.

The second half was summed up by some well organised defending from Alfie Wylie’s team, backed up by a fantastic performance from Callaghan in goal. 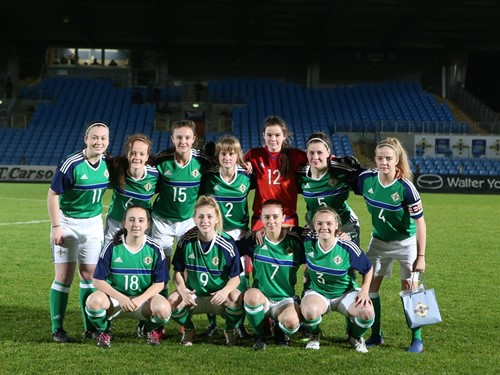 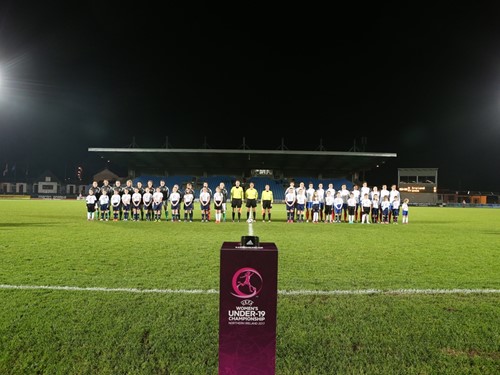 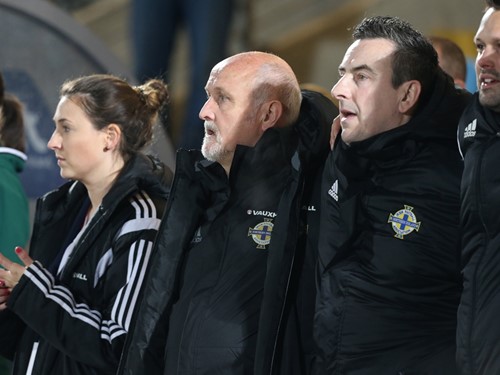 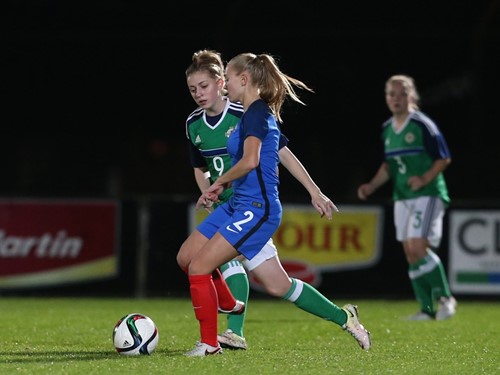 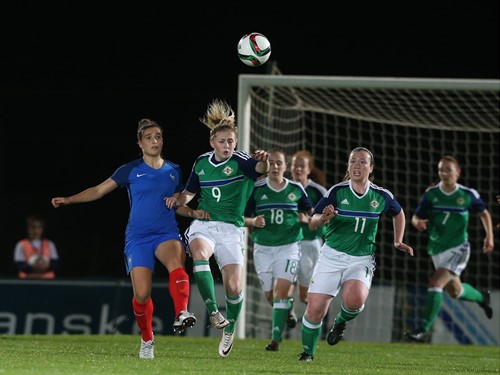 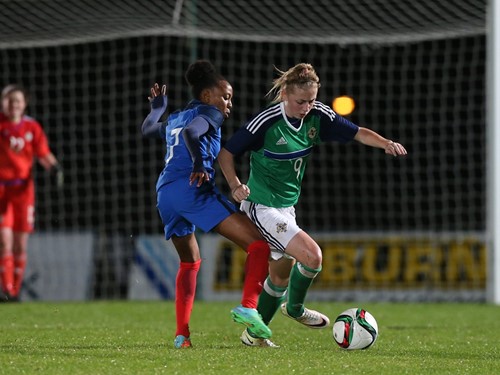 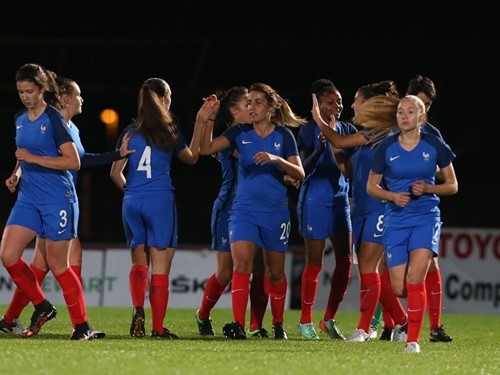 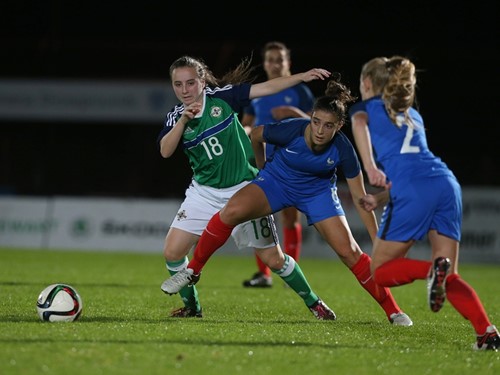 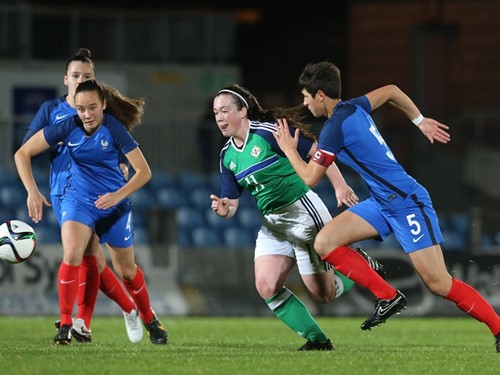 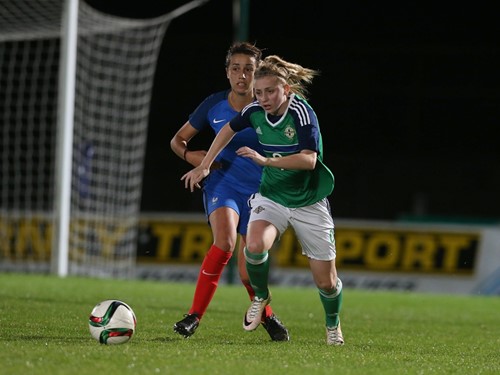 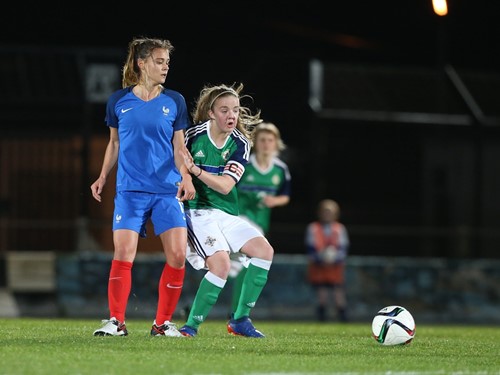