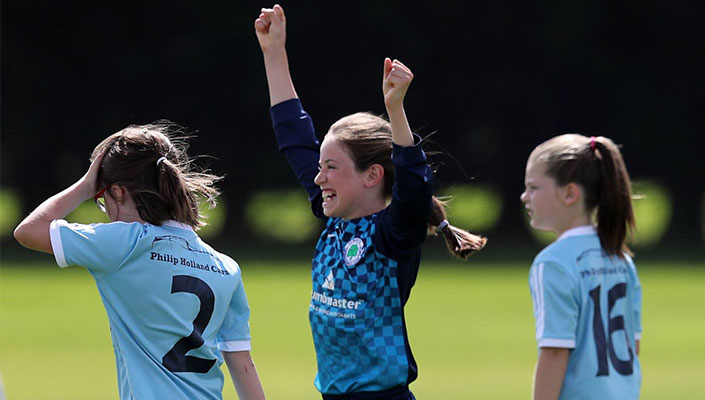 The Irish FA has revealed more young people are involved in football in Northern Ireland than ever before.

The increase comes at the end of the first year of the Irish FA’s first ever ten-year youth strategy, ‘Let Them Play’, which was launched last September.

Irish FA Chief Executive, Patrick Nelson said, “We believe in football for all and because of that we are investing more than ever before to develop and grow participation levels across the country.

"We are delighted to have had such a successful year and we look forward to growing the game with our partners in year two.

International Manager, Michael O’Neill added, “It has been a great year for developing football for all across Northern Ireland.

"We hope our success competing at the Euros has inspired every child across the country to dream of wearing our famous green jersey.

Irish FA Director of Football Development, Michael Boyd concluded, “If we continue to broaden our participation base it can only be good for the long term health of the game.

"We are an excellent delivery agent serving the community, getting young people active and producing positive citizens for Northern Ireland.

"A key priority as we look to the future is to develop the girls game more and to get more females involved at every level. We are also keen to develop our Irish FA Performance Schools and Academies, so we expect to see even more progress in these areas in 2017.”