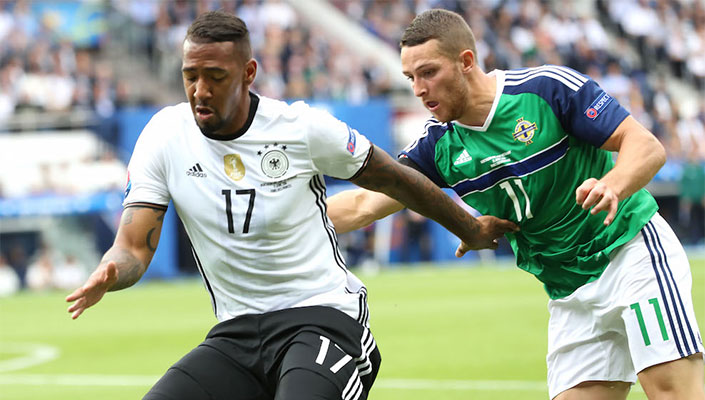 Striker Conor Washington believes Northern Ireland can follow in the footsteps of others by not leaving Germany empty handed.

After gaining their first win of World Cup qualifying against San Marino, the QPR player is hoping that they can continue to add to their tally, he said: "(A positive result) would be just any points on the board.

"We have set ourselves targets of where we want to be after these first four games and if we are around that then we will be in a good position.

"Teams have gone there and got points before so I cant see why we can't go and do that."

Washington started the fixture in Group C at UEFA Euro2016 and spoke of the experience of facing the World Champions: "It was surreal to be honest, it was a really good experience and we learnt a lot I think. Which we hope to take into the game on Tuesday night."