Davis says Northern Ireland will give their all in Germany 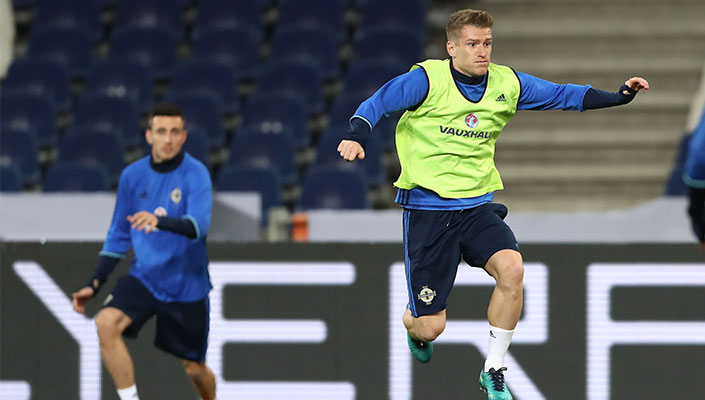 Captain Steven Davis has called on his side to not leaving anything on the pitch at the final whistle as they face World Champions Germany in Hannover.

Northern Ireland won their first game of World Cup qualifying on Saturday night with a 4-0 win against San Marino but now face a different proposition.

Davis is aware of the task in hand and says that effort can go a long way. He said: "I think it is a great challenge for us. We know we'll have to put bodies on the line.

"We're confident that if we can stick to our game plan then there's every chance we can get something from the game. Let's go give it our all and see where it takes us"