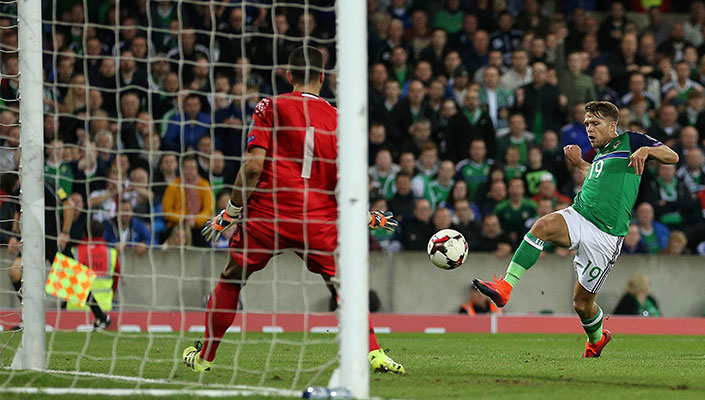 Jamie Ward was relieved to avoid a "banana skin" as he scored on Northern Ireland's way to a 4-0 win against San Marino.

A goal from the penalty spot by Captain Steven Davis as well as a brace from Kyle Lafferty with Wards goal sealed the first win of World Cup qualifying on the opening of the National Football Stadium at Windsor Park.

With 11 minutes to go, the hosts were just the one goal clear and Ward was delighted to avoid a nervy finish thanks to three in those late minutes. He said: "Obviously you have to keep going. That's part of the game. We knew they would be hard to break down, we knew they would tire eventually so we stuck to our game plan and it paid off."