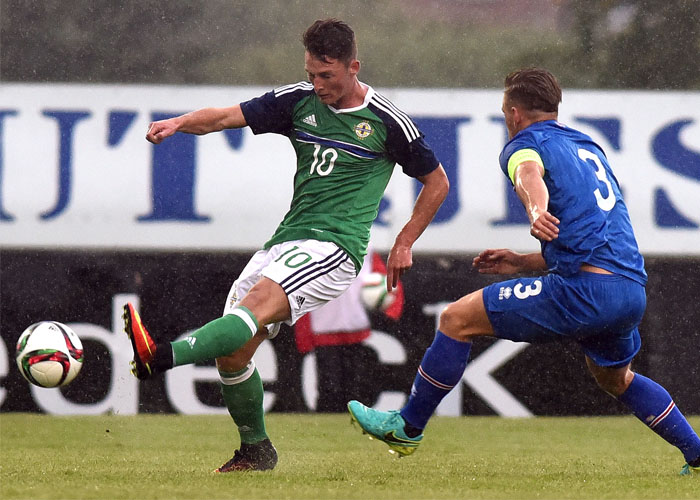 Northern Ireland Under-21s are in action on Thursday afternoon when they take on Ukraine in Kiev's Obolon Arena in their penultimate European Championship qualifier (kick-off 4:30pm).

It has been a disappointing campaign for Jim Magilton's side, securing only one point thus far and finding themselves rooted to the bottom of Group Three. But the results only tell part of the story.

Despite taking the lead in five of their eight outings the side have, frustratingly, gone on to succumb to a succession of late goals.

Indeed, in the previous meeting between the sides at Mourneview Park in November last year, Shay McCartan gave Northern Ireland the lead early in the second half before two goals from Viktor Kovalenko secured the points for the visitors.

Magilton has drafted a couple of new faces into the panel, namely defenders Conor Quigley (Dundee) and Michael Newberry (Newcastle United), both of whom are making the step up from the Under-19s.

The side conclude their campaign next Tuesday (11th October) against France at the National Football Stadium at Windsor Park, kick-off 5:45pm.