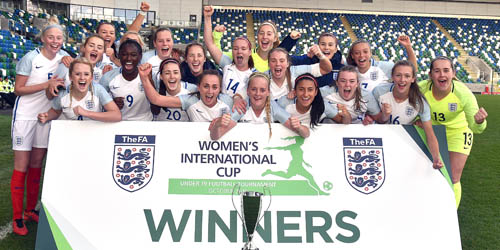 England lifted the Women's International Cup after securing a 3-1 victory over France at the National Football Stadium at Windsor Park.

Following wins against both USA and Northern Ireland, England rounded off the Women's Under-19 mini tournament with another impressive display.

A cagey start by both teams saw most of the play in the middle of the park with neither team creating any clearcut chances.

The first real chance came after 14 minutes with a strike from a free-kick by French forward Agathe Ollivier. Her attempt, however, was well held by England keeper Sandy Maclver.

The opening goal soon followed. A lack of concentration in the French defence allowed England’s Danielle Brown the chance to strike from 12 yards and her crisp effort whizzed past France keeper Camille Pecharman before hitting the corner of the net.

Gaining some momentum after taking the lead, England pressed for a second. A free-kick in the final third was crossed deep into the French penalty area. Defender Mollie Rouse got on the end of it and narrowly missed the target with a strong header.

Seeking an equaliser, France began to work the ball well down each wing, increasing the pressure on the English defence. The breakthrough came for France after 24 minutes. Following an interception the ball fell to Julie Thibaud 20 yards from goal and her beautifully placed first-time strike flew over the English goalkeeper and into the top right hand corner of the net.

France appeared to find their rhythm and continued to attack from the wings, however England managed to hold out for the remainder of the half.

Building on their first half performance, France approached the second half positively and created a good chance to take the lead with a headed effort from Rinsola Babajide that went just wide of the post.

England then began to up their game and scored two goals in quick succession. In the 60th minute the alert Rianna Dean finished off a loose ball from close range following a deep cross from Mayumi Pacheco that bounced back off the crossbar.

Six minutes later a poorly defended corner saw the ball fall into the path of England captain Grace Fisk inside the penalty area and she calmly placed it past the scrambling French goalkeeper.

England dominated in the latter stages of the game as France struggled to create in the final third.

At the final whistle Grace Fisk led the celebrations after lifting the Women’s International Cup. 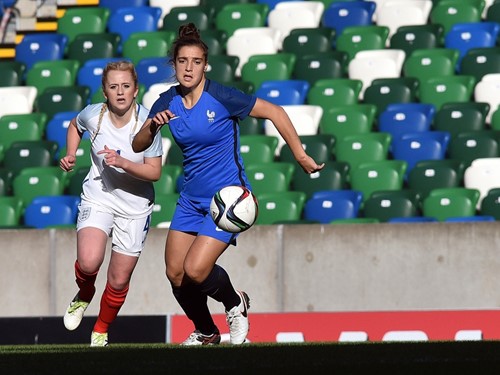 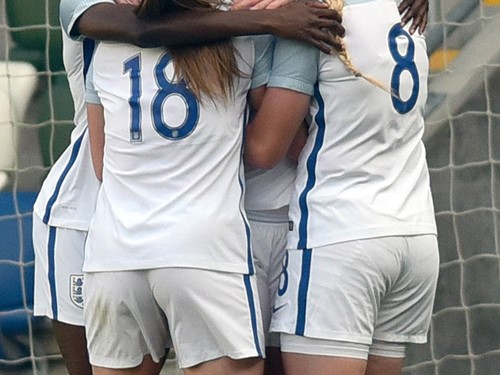 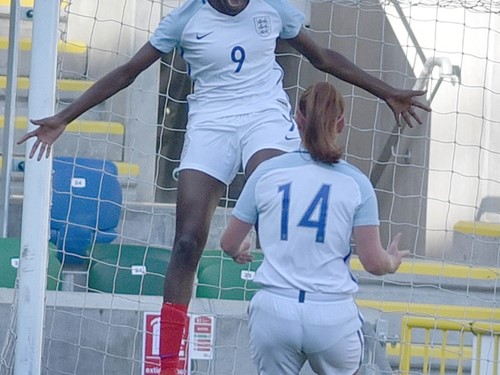 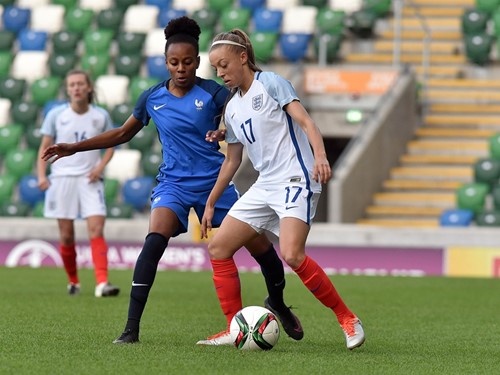 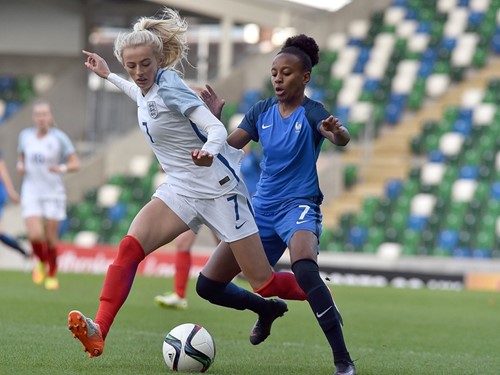 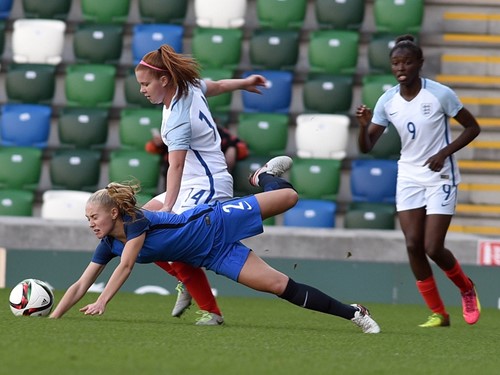 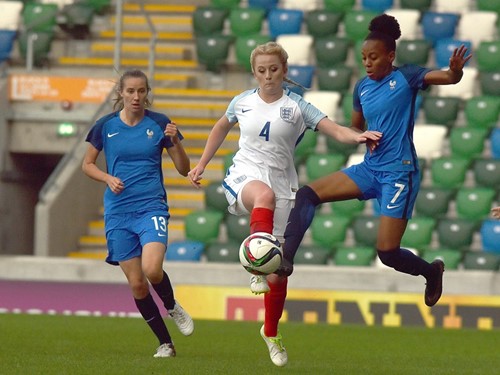 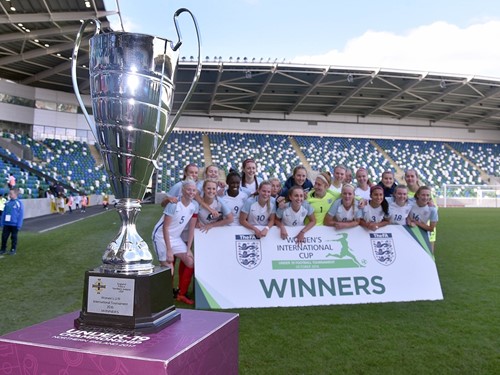 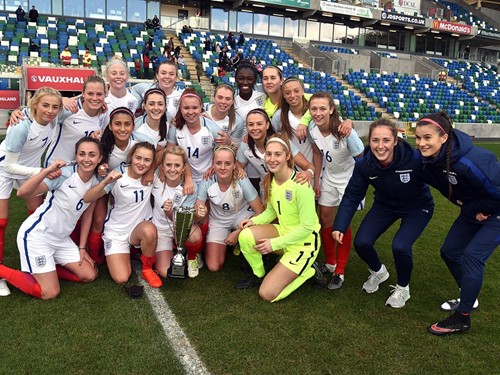 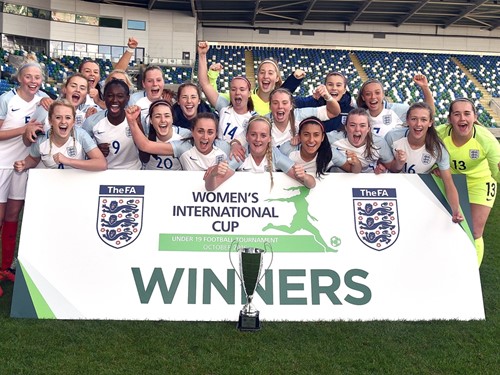