McLaughlin: "We want as many home points as possible" 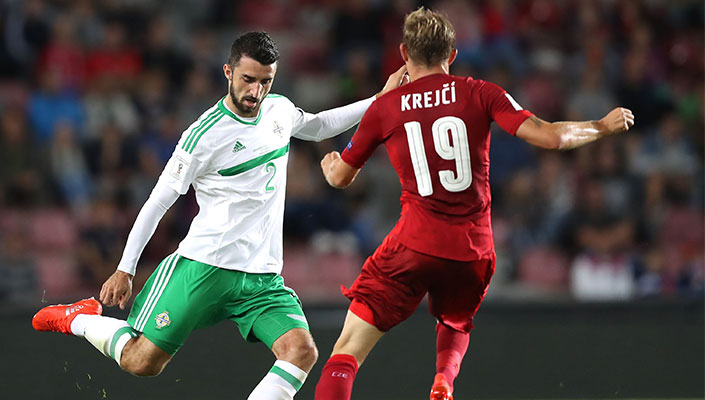 Conor McLaughlin says his team-mates are "buzzing" about coming back to the National Football Stadium at Windsor Park as the stadium is officially opened on Saturday.

During the Euro2016 qualifying campaign, Northern Ireland were unbeaten in Belfast, picking up 11 points in their five games.

You have to go back to the 6th September 2013 to see when Michael O'Neill's side lost their last home game, which was against Portugal.

Looking back on their home qualifiers when they reached Euro2016, McLaughlin said: "We showed in the last campaign from our home games, gain as many points as possible and get a few results away from home and you have a chance of qualifying.

"We want to take as many points at home as we can."

And now, with the stadium complete and a full house expected for the first time since the stadium redevelopment, McLaughlin knows the difference The Green and White Army will make, he said: "It's brilliant. The lads are buzzing to be back especially now the stadium is completed.

"The noise in the last campaign from the fans was unbelievable and that was with only half of it seated so to have the full stadium ready and extra fans it should be unbelievable."