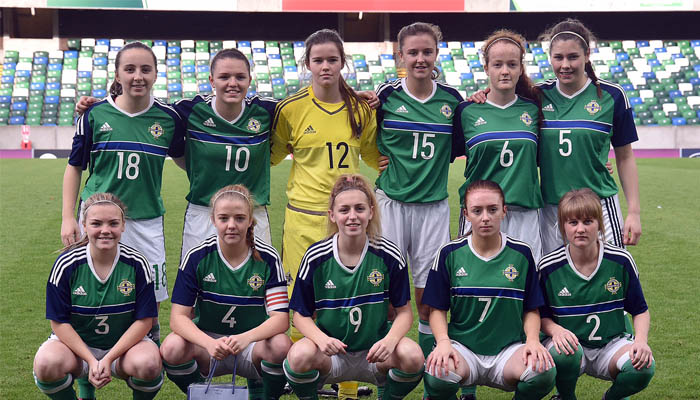 Northern Ireland lost their third and final game in the Women's International Cup tournament, suffering a 3-0 defeat against USA.

The US were on the front foot early on as midfielder Arlie Jones had a shot from the edge of the area which hit the side netting.

The deadlock was broken on 11 minutes. There was a strong run to the by-line from Kelsey Turnbow, who cut the ball back to Isabella Briede who finished well past the keeper.

USA stretched their lead in the 13th minute. Turnbow produced another weaving run and a shot on goal which was parried by Northern Ireland keeper Callaghan and unfortunately turned into her own net by Mia Palmer.

The crowd were on their feet as Northern Ireland tried to hit USA on the counter attack. There was some strong running from Rebecca Bassett, but she couldn’t find a way through.

At the start of the second half USA increased the pressure on the Northern Ireland defence. They worked the ball well to Turnbow who was free inside the box but she shot into the side netting.

USA sustained the pressure as the second half wore on, however Northern Ireland remained disciplined in defence, with Caoihme Callaghan producing some fine saves.

USA eventually got their third goal of the game in the 73rd minute with Mireya Grey scoring after picking up the ball inside the box following a smart run.

Substitute Haley Berg almost provided the fourth goal of the evening for her side. The forward made a fine solo run, cutting in from the left and skipping past several Northern Ireland players, however her attempt on goal rolled just wide.

Northern Ireland found some late momentum with several counter attacks but not enough to salvage a late consolation. 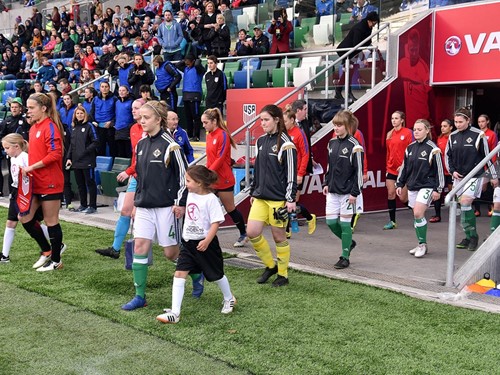 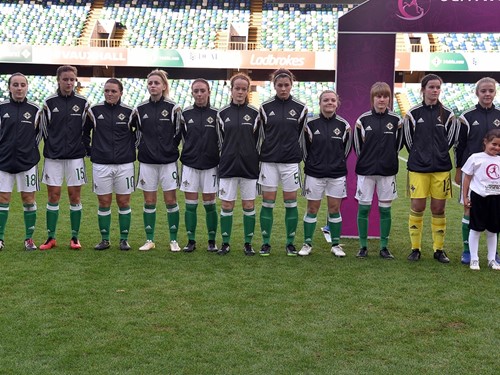 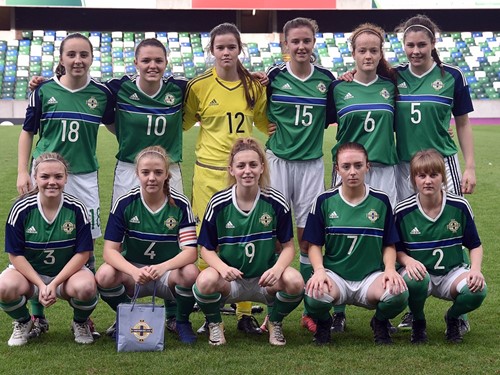 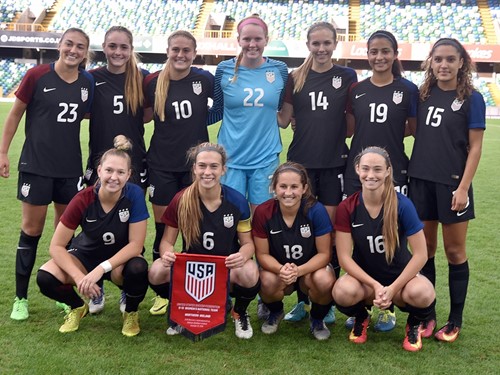 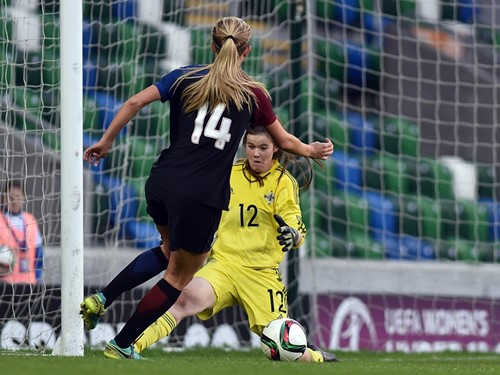 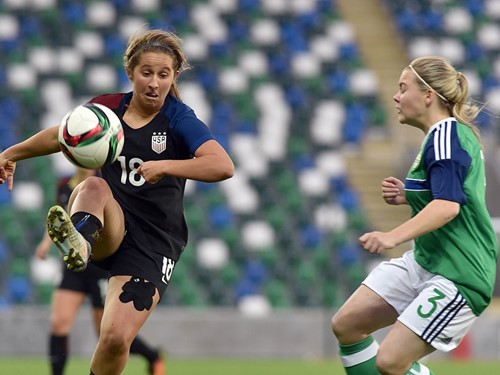 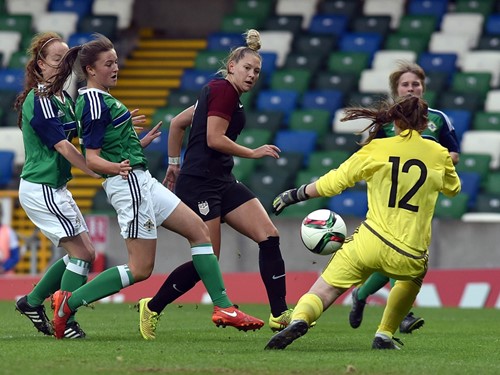 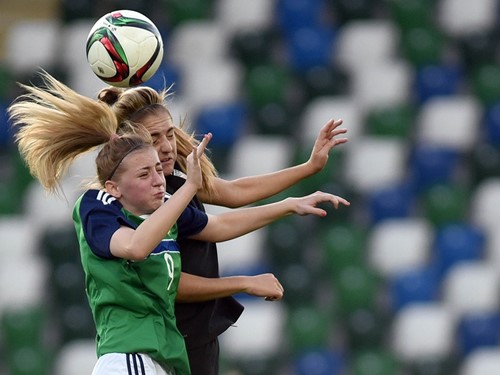 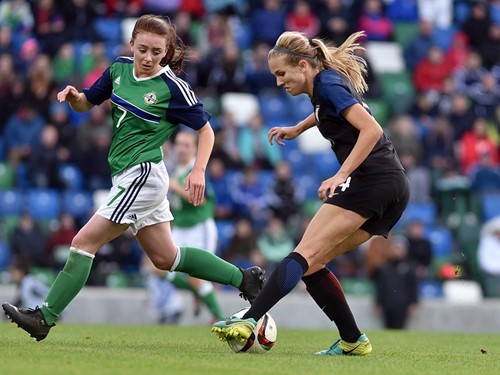 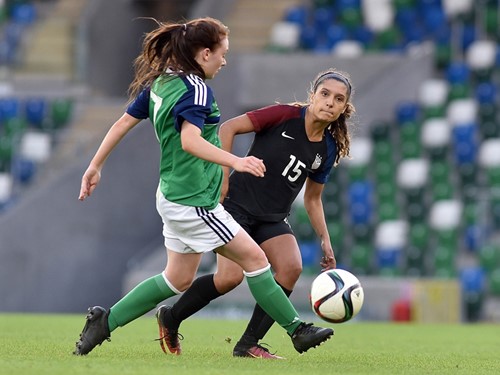 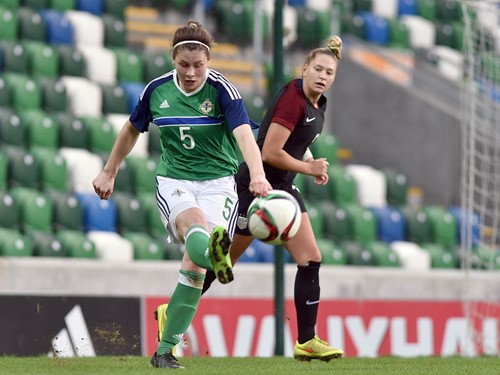 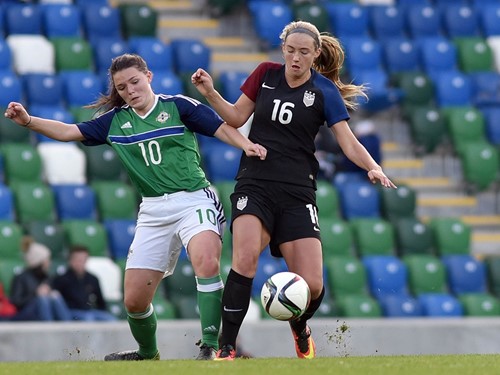