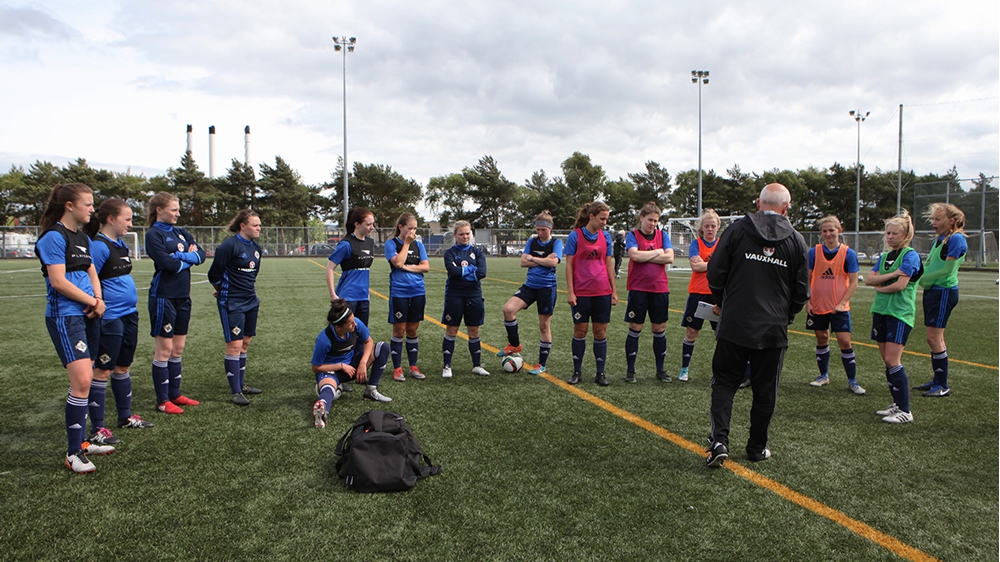 Emma McMaster, Captain of the Women Under 19’s, is feeling positive about the team’s chances ahead of their double headed fixture against Slovakia on Wednesday and Friday respectively.

Northern Ireland Women U19 are set to host Slovakia in an International Challenge match on Wednesday 14 June. The game is the first of a double-headed fixture with the second being played on Friday 16 June.

McMaster said: “If everyone keeps playing well, fighting for positions and working hard for each other the results will come.”

Also, Rebecca Bassett will be looking to continue her form from the side’s previous double header against Turkey back in February where it was a Valentine’s Day to remember, scoring the first of her two goals in two games for Alfie Wylie's team.

The two international challenge matches will take place at the Riada Stadium in Ballymoney and will be a warm up for the team ahead of the WU19 Euro Finals.

The final draw for the UEFA Women’s Under-19 Euro Finals will be held on 22 June 2017 in Belfast.  The eight teams will be drawn into two groups of four teams.

For an insight into how the team are preparing for their upcoming match on Wednesday 14 June you can watch the video at the top of the page.