Coach says squad is in good shape ahead of WU19 Euros 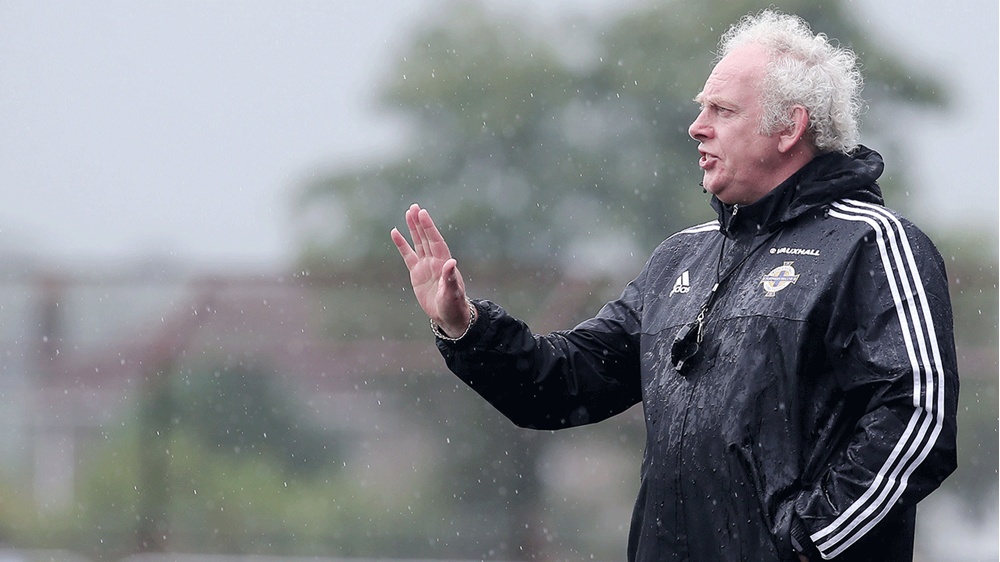 Northern Ireland National Women’s Head Coach Alfie Wylie will be ably supported by a coach with plenty of pedigree in the run-up to and during this summer’s UEFA Women’s Under-19 Championship.

Noel Mitchell has been involved in girls’ and women’s coaching for around a decade and currently runs the Irish FA’s Regional Girls’ Excellence Programme for Tyrone and Fermanagh.

Like Alfie, Mitchell has brought considerable experience within the men’s game into the women’s arena – and in recent times to the Women’s U19s in particular as they prepare to take on some of Europe’s top teams in the WU19 Euros in August.

Wylie previously managed Loughgall (13 years, 13 trophies), Newry Town and Glenavon, was first team coach at Coleraine and has been assistant manager at Linfield for the past 14 years.

Mitchell, who played in Northern Ireland’s top flight with Ards and Distillery, and was also with Glentoran in his youth, had a long association with hometown club Coagh United, whom he played for and then managed for 17 years. He led the Tyrone outfit to the Championship Two title in 2012.

A UEFA A Licence holder, he has also managed Championship One side Loughgall and was first team coach at Ballinamallard United in 2015. And in the women’s game he has managed Mid-Ulster Ladies.

The Tyrone man first caught the coaching bug at the age of 16 when he took charge of Maghera Colts at the Milk Cup. Along with Paul Kee, he later managed Co Tyrone’s U14s at the youth tournament.

His first coaching role within the international women’s set-up saw him in charge of the U15s. He then progressed to the U17s and U19s. He has been involved in coaching the senior women’s team, too.

He has been particularly involved with the U19s over the past year in the run-up to the U19 European Championships, which begin on 8 August. The girls have been training on Mondays, Wednesday, Saturdays and Sundays and Noel has been in the thick of it.

“The players have been making big strides in terms of their strength and fitness. They are all working hard and the squad is in good shape,” he said.

Noel, who is known as The Quiet Man behind the scenes, further revealed that he has seen plenty of technical and tactical improvements within the squad over the past year.