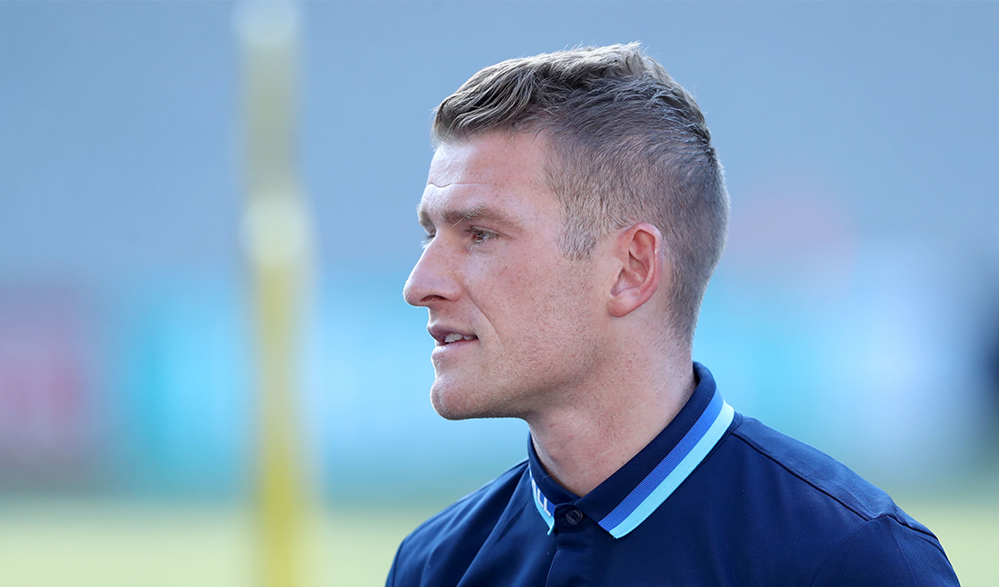 Northern Ireland trained at the Tofik Bakhramov Stadium in Baku this evening ahead of tomorrow’s FIFA World Cup qualifier against Azerbaijan.

It’s was the squad’s first training session in Azerbaijan after training camps in Manchester and Turkey.

“Internationals away from home are always difficult, so we’re going to have to be at our best to get the result.

“But we can take a lot of positives from the game in Belfast, we caused them quite a few problems from set plays and putting balls into the box so that’s a strength we’ll look to exploit once again”

Click on the video at the top of this page to watch the full interview.

Northern Ireland currently sit in second place in Group C with 10 points from five matches, while Azerbaijan are fourth with seven points.

A win for Michael O’Neill’s team would all but end the host’s chances of qualification for Russia 2018. Northern Ireland v Azerbaijan kicks off at 5pm GMT and is live on Sky Sports 4. 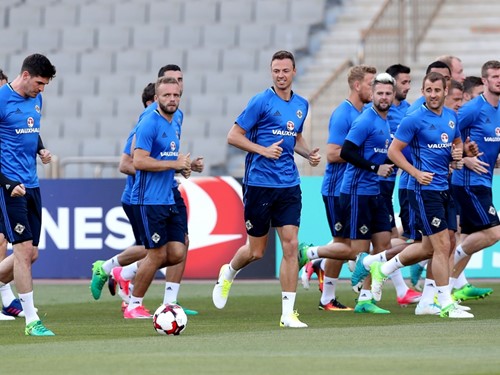 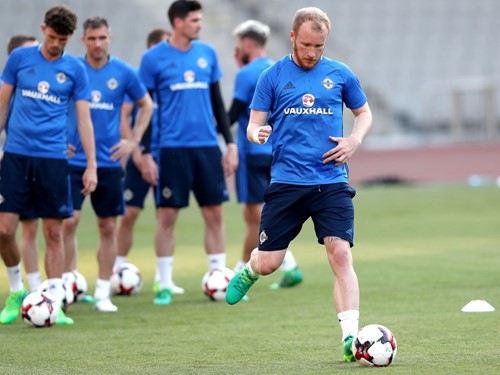 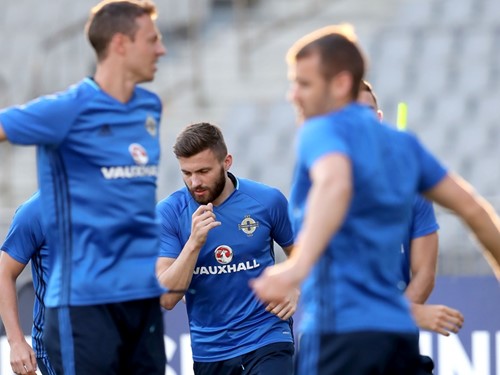 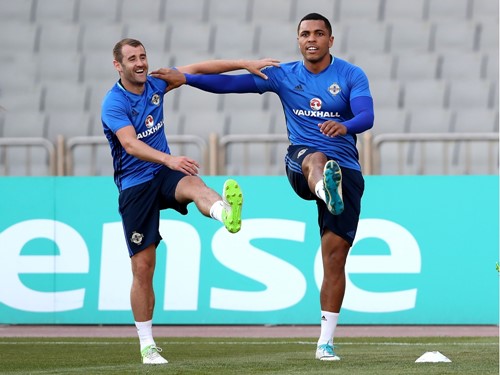 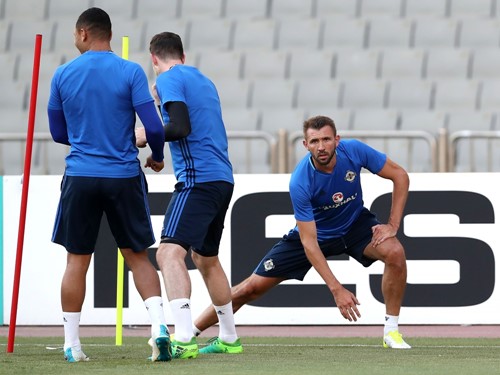 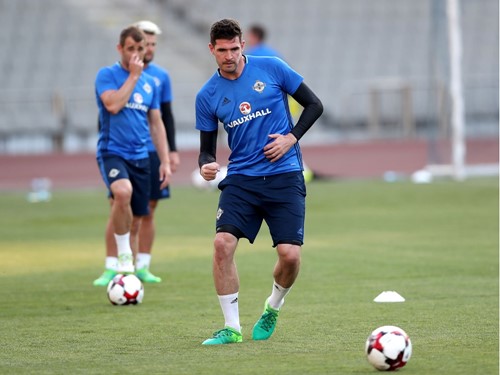