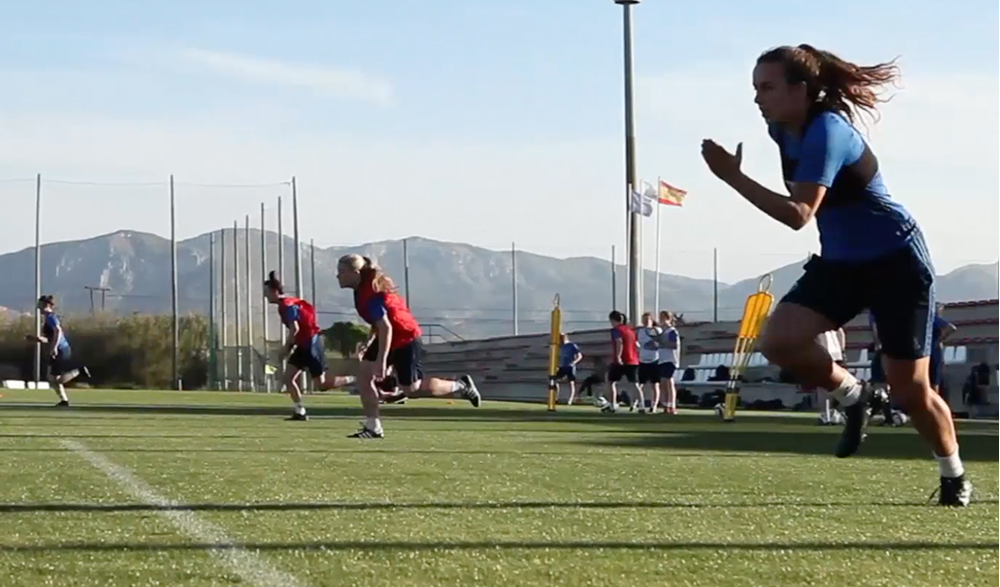 Northern Ireland Under-19 Women’s midfielder Izzy Coppel says the squad are motivated and determined ahead of Friday’s international challenge match with Slovakia.

Alfie Wylie’s side face the visitors for what will be the second time in three days, following a 3-1 defeat on Wednesday.

Despite that result Coppel says there are numerous positives to take from the game and a solid team performance can deliver a good result tomorrow.

“I think it will just be keeping our heads, knowing that we can get a result, and not conceding,” she said.

Coppel also commented on how the additional training and preparation matches ahead of the UEFA Women’s Under-19 Championship have impacted on the squad, with players feeling stronger and fitter.

Northern Ireland face Slovakia at the Riada Stadium in Ballymoney on Friday. Kick-off is at 12pm and admission is free of charge.

Tickets for Northern Ireland’s opening match of the Women’s Under-19 Championships are on sale here from as little as £2 for children.