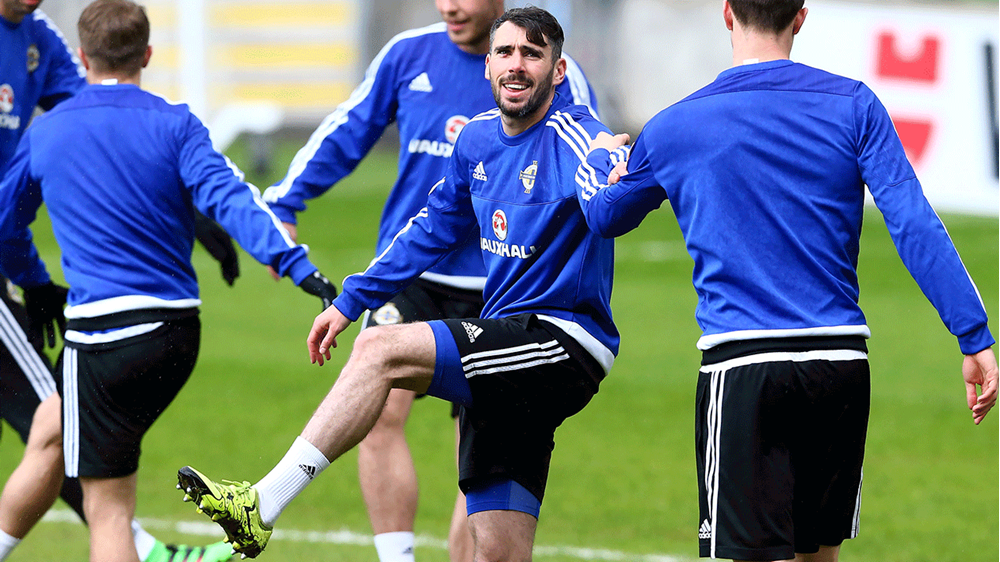 The former Ballymena United player, who was on the transfer-list at London Road, will now link up with fellow internationals Aaron Hughes and Kyle Lafferty who joined the Jambos on a three-year deal earlier in the week.

The 28-year-old right-back, who had been linked with a move to League Two side Coventry City during the close season, decided his future lay in Scotland after visiting the Edinburgh-based outfit.

“I heard of Hearts interest a few weeks ago,” said Smith, “so I thought I will go up and have a wee look.

“I had no idea how big and how important the club was but as soon as I got here it was clear.

“The facilities, the stadium, the manager, it all seems like a good fit for me,” he added.

“I had a chat with the manager Ian Cathro and everything he said was positive and the way he wants to play suits me down to the ground.”

Smith only turned professional at the age of 22 when Bristol Rovers snapped him from Ballymena United in the summer of 2011.

After three seasons and 114 games for Rovers, he moved on to Peterborough United where his performances last term led to him making his full international debut in a 1-0 friendly success against Slovenia at the National Stadium in March last year.