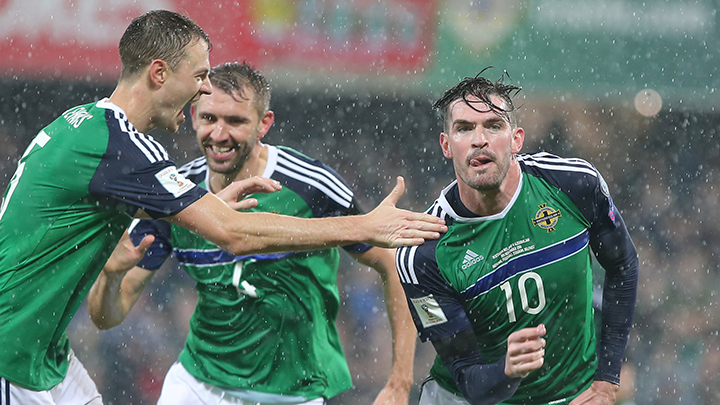 In what is an important outing for both sides Michael O’Neill’s squad will be using the game to prepare for their crucial World Cup qualifier in Azerbaijan, whilst the visitors are fine tuning their plans ahead of the Confederations Cup in Russia later this month.

Managed by Anthony Hudson, son of former Chelsea, Arsenal and Stoke City midfielder Alan Hudson, the All Whites are the current OFC Nations Cup champions and are currently 62nd in the FIFA World Rankings.

Northern Ireland boss O’Neill has named a number of less experienced players amongst his squad for the match in advance of the trip to Baku next weekend.

In addition, the game presents the perfect opportunity for fringe players like Matthew Lund and Paul Paton to make a name for themselves while Liam Boyce, top scorer in the Scottish Premier League, will be hoping to catch the eye of the boss.

Star Players
Goalkeeper Stefan Marinovic has made the number 1 shirt his own after making his debut against South Korea in 2015. He has kept nine clean sheets in his 14 appearances and was named ‘goalkeeper of the tournament’ during the 2016 OFC Nations Cup.

Tommy Smith was a member of the 2010 World Cup squad, playing in all three games against Slovakia, Italy and Paraguay. The Ipswich Town defender has recently returned to the national squad following an absence of a couple of seasons.

Chris Wood will don the captains’ armband in place of the injured Winston Reid. Another survivor from the 2010 World Cup campaign, he currently has 47 appearances for the All Whites and has found the net on 19 occasions.

One To Watch
22-year-old Ryan Thomas has been capped nine times by New Zealand since his debut in the 4-2 defeat by Japan in 2014, scoring twice with both goals coming in the victory over Fiji which sealed New Zealand’s play in the OFC World Cup qualification play-off.

Currently playing for PEC Zwolle in the Dutch Eredivisie, he helped himself to a brace in the 5-1 win over Ajax in the 2013-14 final of the KNVB Cup. The winger, from the small North Island town of Te Puke, was also named Oceania Footballer of the Year in 2015.

Previous Meetings
Whilst this will be the first meeting between Northern Ireland and New Zealand at senior international level there was a ‘representative’ clash between the associations back in 1979 when, at The Oval, goals from Colin McCurdy and Brian Quinn helped an Irish FA XI to a 2-0 victory over the All Whites as part of the latter’s Middle East and British Isles tour.