McCartan seals deal to the Bantams 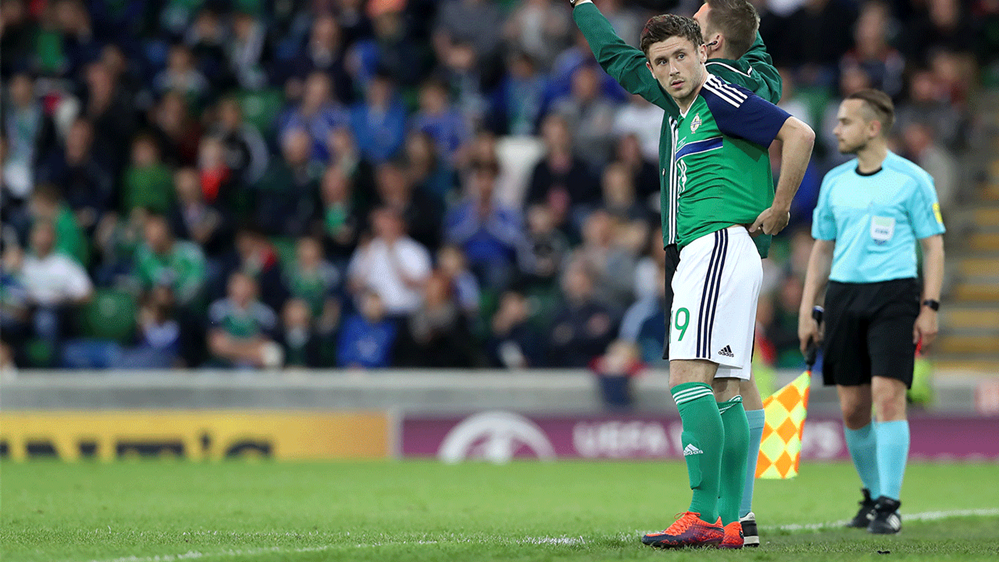 League One outfit Bradford City have secured the services of striker Shay McCartan from Accrington Stanley on a three-year contract.

The 23-year-old, who moves to the Bantams for an undisclosed six-figure fee, scored 11 goals in 39 appearances for Accrington last season.

The Newry-born frontman started his career at Banbridge Town and Glenavon before moving to Burnley on a two-year scholarship deal in 2010.

He made just one appearance for the Lancashire side when he came on as a substitute in a league game against Doncaster Rovers in April 2012 before being released the following season.

McCartan subsequently joined Accrington Stanley on a free transfer in the summer of 2013 and during his four seasons with the club scored 25 goals in 126 games.

“Can’t thank the club enough for giving me my chance to play in the league again. I made some great friends and memories that I will have forever.”

McCartan’s goals and impressive form last term caught the attention of international boss Michael O’Neill who gave the striker his full debut in the friendly victory over New Zealand at the start of the month.