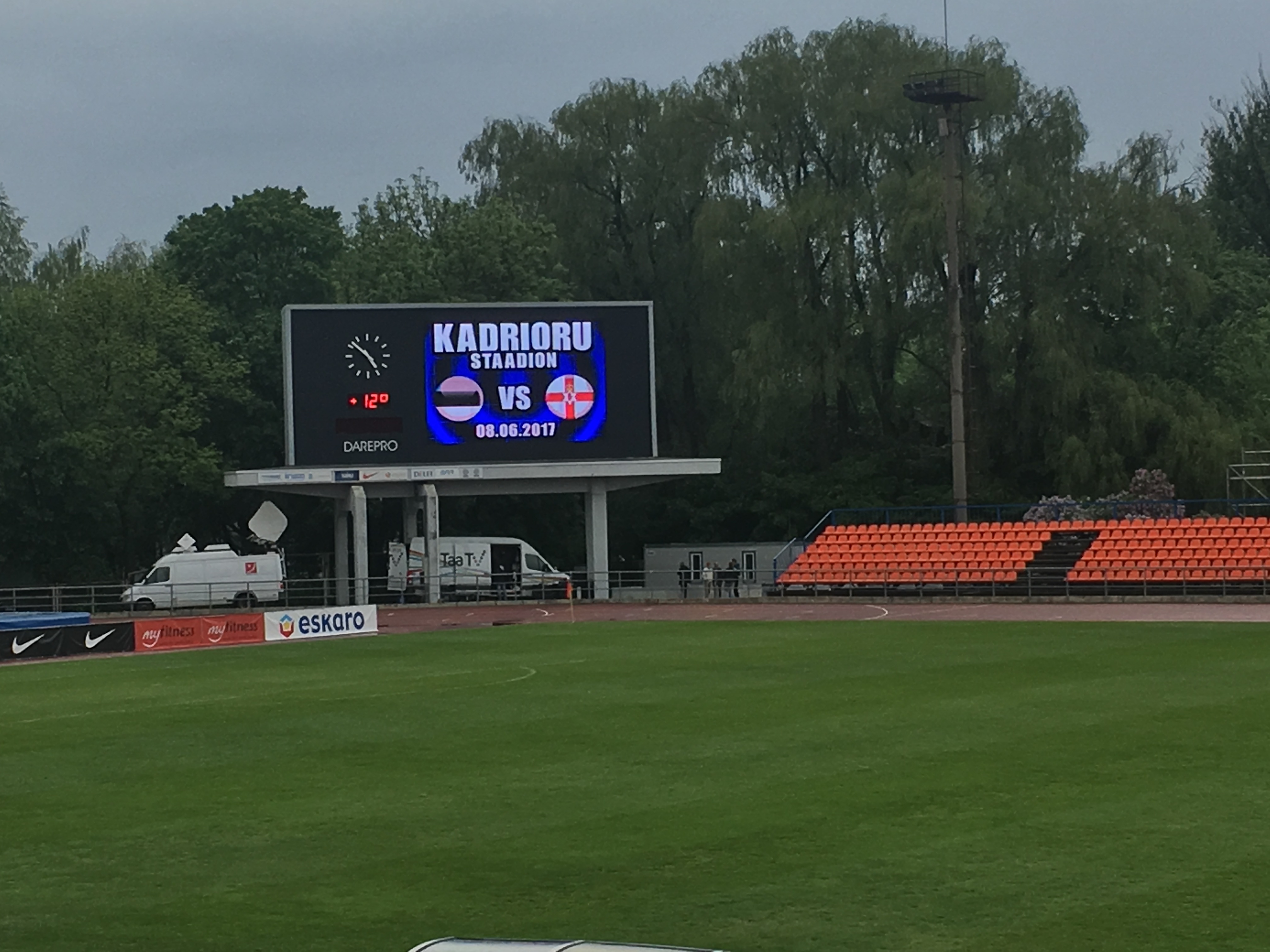 Northern Ireland came from a goal behind to beat Estonia 2-1 with goals from 17 year old debutant David Parkhouse and an injury time penalty from captain Liam Donnelly.

In what was a goalless first-half Northern Ireland dominated possession and were unlucky not to take the lead.

Northern Ireland set up with a dominant 3-5-2 formation eager to get the ball back at every opportunity and allow wide men Jamal Lewis and Cameron Dummigan to get forward.

Great link up play down the left wing between Paul Smyth and Lewis resulted in a dangerous ball into the box for Parkhouse who was waiting to finish from close range but for the Estonia defender who who got a foot in to put it behind for a corner.

A couple of minutes later a long range effort from Dale Gorman was well kept out by Vaikla in the Estonian goal. The ball fell to Gorman who caught it well on the half-volley from about 25 yards out and was unlucky not to put his side ahead.

Northern Ireland looked solid at the back with Conor McDermott, Ryan Johnson and Donnelly comfortable with the ball in the air and on the floor, resulting in a quiet opening 45 for Conor Mitchell in goal.

The best chance of the half fell to Smyth on the half-time whistle as his effort from just outside the box was well tipped round the post by the outstretched keeper.

The second half didn’t start well for Baraclough’s men as Estonia took the lead on 50 minutes. Forward Rauno Sappinen found himself one-on-one with McDermott inside the box, he cut inside and finished well into the far corner past Mitchell.

Northern Ireland responded well and had the ball in the net on 55 minutes but the whistle blew as Parkhouse was judged to have fouled the Estonian keeper as he lept to head the ball.

The away side continued to put pressure on the Estonian goal as they had another chance on 60 minutes. A great free-kick from the right by Jordan Thompson was met by Johnson who’s header took a deflection and just went past the far post.

The resulting corner fell to Donnelly in the box, but his out-stretched effort went across goal and past the post.

Linfield’s Smyth was unlucky not to grab the equaliser again with 20 minutes to go as he charged down the keeper, with the ball looping up in the air, he unfortunately couldn’t get to the rebound, with the keeper claiming it at the second attempt.

The equaliser eventually came on 74 minutes as a long ball into the box was well met by Joel Cooper who headed across the to an unmarked Parkhouse who finished well to the right of the keeper on his debut.

Northern Ireland continued to put pressure on the Estonians as they looked for the winner as substitute Jamie McGonigle went through on goal but had his effort well kept out by the keeper.

Baraclough’s team had to wait until after the 90 minutes when they were awarded a penalty for a blatant push in the box as a corner was floated in from Cooper. Skipper Donnelly took charge and went straight for the ball sending the team and bench into celebration as his penalty went straight into the top left corner of the net.

A well deserved win where the team showed togetherness, character and determination to come from a goal behind.